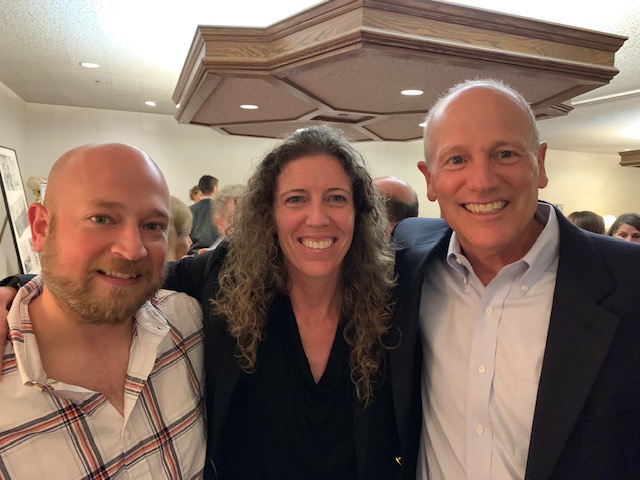 St. Louis has been touted as a soccer hub for years—from the famed 1950 U.S. World Cup team comprised of five St. Louis natives to the new MLS franchise entering the St. Louis market. College soccer has always been a part of this culture, and St. Louis Soccer Hall of Famer and current Washington University St. Louis head coach Joe Clarke has been a strong proponent for advancing the game locally.

Clarke spent his college soccer career at SLU from 1972-1975, winning two NCAA championships in ’72 and ’73 and falling in the finals in ’74. After his final season, Clarke moved on to a professional career, where he played with the St. Louis Stars, California Surf, St. Louis Steamers and the semi-pro team St. Louis Kutis. In 1983, Clarke took over as head coach at SLU, where he took the Bills to 12 NCAA appearances in 14 seasons. From there, Clarke moved down the road to WashU, where he has had a 249-124-51 record in his 23 seasons with the Bears.

The early days of St. Louis soccer were guarded, almost like a secret society where players needed to pass some kind of test to enter into the inner circle. Two guards for Clarke in high school were Harry Keough and Val Pelizzaro, the coaches at SLU. “Back at that time, growing up in St. Louis, you really just waited for St. Louis U to knock on the door, and if they did, it was highly likely you were gonna go to school there,” said Clarke. He found them knocking his junior season when the two were reffing one of his soccer games, a well known recruiting method in SLU’s early years.

Clarke went on to play at SLU for four years at the tail end of SLU’s championship era, when they won 10 NCAA Championships in 15 years. Clarke learned a lot from his coaches there, which he would eventually model his own coaching prowess after. When he took over the head coaching job from Keough in 1983, he used Keough and Pelizzaro as role models. Clarke started out with the little coaching experience he had while in his professional career, though he was still a player at heart. He had certain assumptions about players that put him in a unique position to learn a lot about coaching. Clarke made assumptions about players’ motivation when he started. He took his own experience as a player and used that to form his coaching style. He learned that not every player will run laps after not starting a game, something Clarke himself would do. That kind of trait is not inherent in all players, and Clarke still spends time learning how to drive this motivation. This development in Clarke caught up to him when he moved over to WashU.

When Clarke took over at WashU in 1997, he had another set of challenges to learn from. The priorities of SLU players and WashU players were just different. Both athletes were driven on the field and in the classroom, but at WashU, players were not thinking about going pro; their end goal would be to have a good career. At SLU, players would look to play professionally and then have a good career when their playing days were done. “I remember one case specifically, [a student] announced that he was going to go to Virginia instead of Washington University. And I said, ‘you’re never going to be able to play soccer at VIrginia.’  And he said, ‘Yeah I know that.’ And that was when a lightbulb went off: Woah! I’m recruiting guys who would actually think about not playing.”

Clarke has a desire to grow the game and the people it touches. In 1983, he started the Joe Clarke Soccer Camp, a summer program for youth players to grow their skills. This has been a staple for players in St. Louis years after its inception, with many great local players taking a week or two out of their summer to learn from Clarke and his staff.

By growing the college game and players at SLU and WashU, by growing youth players in St. Louis with camps and by joining in the experimental NASL league as a professional, Clarke cemented his mark on St. Louis soccer and earned himself a spot in the St. Louis Soccer Hall of Fame in 2007.

It is clear that Clarke always has an eye to the future. When talking about the upcoming MLS team in St. Louis, he was ecstatic thinking about the possibilities it brings for St. Louis as a soccer city, especially what it might mean for SLU. “I think that the pro franchise coming to town is gonna give Kevin’s program a boost,” said Clarke. “Some visiting team that is coming in town is going to end up practicing at St. Louis U, and SLU is going to be more attached to what is happening professionally.”

As the third head coach for the SLU men’s soccer team, Joe Clarke has had a tremendous impact on soccer locally, and it shows great promise for the future of college soccer and soccer in St. Louis that Clarke is still eager to continue learning about the game and looking to build the sport locally. When asked if he keeps in touch with people from SLU, he said of course and that he even just sent Coach Kalish an email the other day. They trade ideas and will occasionally watch other practices. All of this is local camaraderie that helps strengthen the vision for St. Louis as what it is and should be, a major soccer hub in the United States.