Proactive Responses to COVID-19 from Celebrities 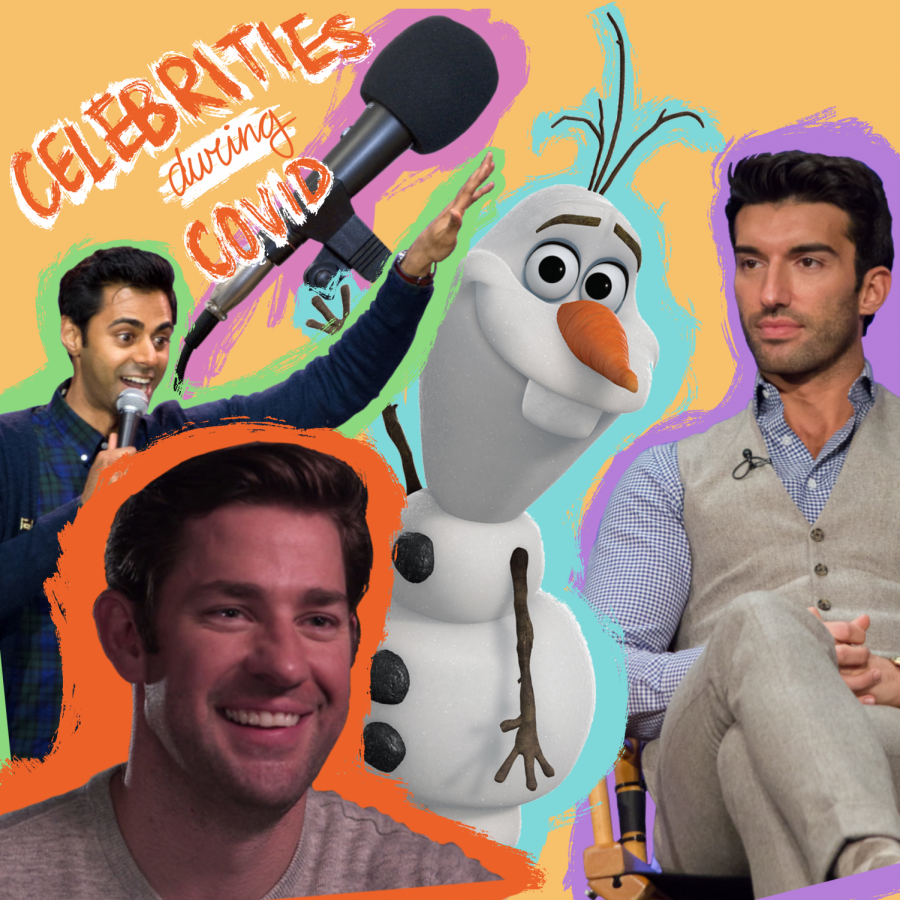 With the new stay at home orders and social distancing rules set in place, people around the nation have been affected physically, mentally and emotionally. With the consequences of this pandemic, there have also been many influential social figures who have taken a step forward to lessen the burdens on Americans. These are a few individuals who have helped ease the stress during these chaotic times.

Although the news of this pandemic has created a negative atmosphere in the nation, John Krasinski has managed to shine a little light on the darker days. The actor and producer has recently launched a new Youtube channel titled “Some Good News.” Each episode recaps some of the happy news that may be overshadowed due to the virus. From addressing sports highlights to thanking healthcare workers, Krasinski is spreading smiles one episode at a time from his home. The channel currently has 1.79 million views and is continuing to grow every single day.

Justin Baldoni is best known for his job as an actor, however, he is also a leading figure in standing up for mental health and other social justice issues. When this pandemic hit the United States, Baldoni knew how much of a toll it would take on many individuals’ mental health. On Instagram, Baldoni has been going live at night weekly to talk with followers. The reason he chooses to go live at night is because “that’s when anxiety and depression hit the hardest” he states in the caption of an Instagram post. Along with going live, he constantly sends out mental health tips and continues the fight against the stigmas behind it.

The star of the hit Netflix show “Patriot Act,” Hasan Minhaj has been adding a comedic outlet for our daily lives. Considering the production of “Patriot Act” is at a halt, Minhaj has been creating little skits from his house and posting them on Instagram TV.  Even amongst all the chaos happening in the world, Minhaj has found a way to continue the show just at a smaller scale. The show features a segment called “Deep Cuts’ where the show host answers questions directly from the audience. With the new at home production, Minhaj has been accepting “Deep Cut” questions to answer. Although fans are sad about the delayed premier of the new season, the show from home is still quality content.

The famous voice of Olaf, Josh Gad, has used his role from the “Frozen” movies to voice skits at home. The new series titled “#OlafAtHome” is a collection of short clips that follow the life of Olaf during this pandemic. The clips are made with Gad voicing Olaf and all the producers and editors working from home. This is the perfect distraction for all Disney and Olaf fans. Aside from the clips, Gad has been going live on social media platforms to read children’s books before bedtime. Considering many parents are still having to work from home, it can be difficult to give their undivided attention to their kids. This is the perfect solution for parents who are having difficulty navigating social isolation with their kids.

Considering all concerts have been canceled for at least the beginning of summer, fans are disappointed they won’t be able to experience live music in an arena with their favorite artists. To make up for this, many musicians have turned to online concerts through their social media accounts and are even donating all funds to charities. Artists like Shawn Mendes, Camilla Cabello, John Legend and Chrissy Tiegen have held concerts on Instagram live where fans can tune in for free and watch the artist perform their hits. Miley Cyrus has even gone as far as to start a talk show called “Bright Minded,” where she features other celebs and gives tips to her viewers. Other musicians have also been going on Instagram live at random times just to sing some tunes and stay connected to fans. Although these concerts have happened already, these are two major events occurring in the near future:

April 18 – Lady Gaga is hosting an online global broadcast in collaboration with WHO and Global Citizen. There will be appearances by Billie Eilish, Finneas, John Legend, Kacey Musgraves, Lizzo, Stevie Wonder and more. The event will begin at 8:00 p.m. ET on ABC and various other streaming sites.