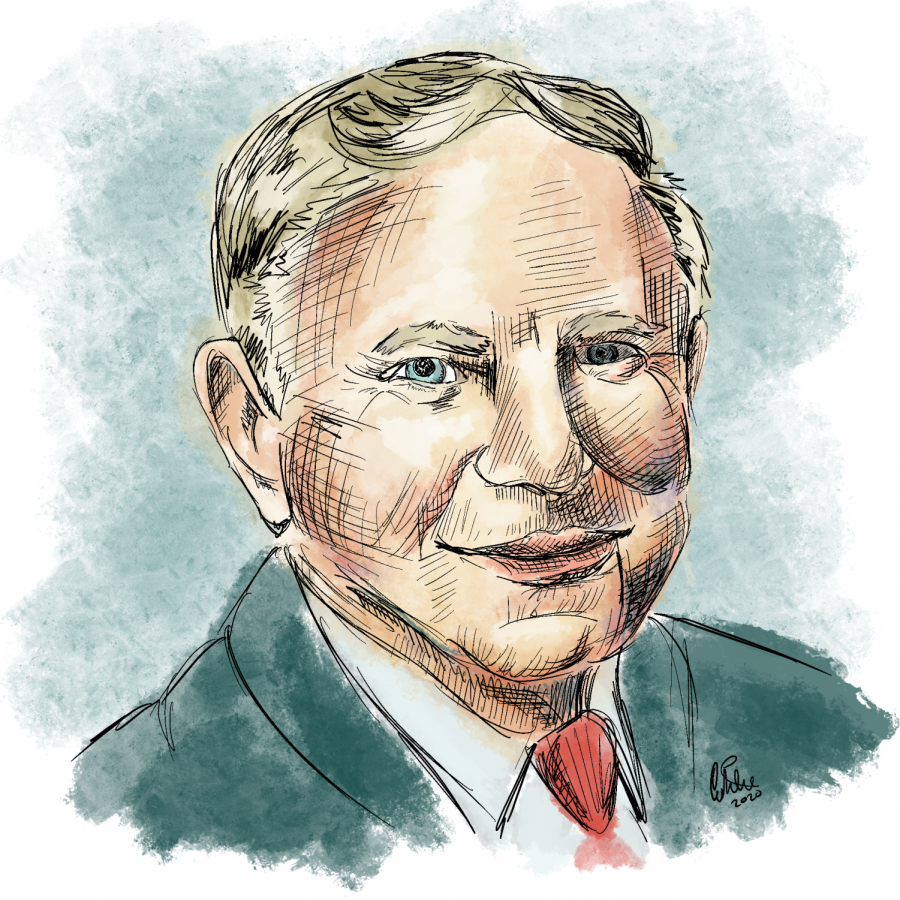 Four years ago, I left my dorm room in Marguerite Hall to start my new adventures in sports media: a women’s soccer game on August 19 where I would begin my career in the Billiken sportscape. I walked into a stadium unaware of the magnitude this humble location held for the history and future of soccer in the U.S. I ascended the rows of metallic blue bleachers to reach a long red brick structure with big blue letters on the top that spelled “Robert R. Hermann Stadium.”

On April 5, 2020, Robert Hermann, the namesake of SLU’s soccer stadium, passed away at his home in Ladue at the age of 97. Hermann was an influential figure in bringing the international sport of soccer to the U.S. and, as a St. Louis native, was a strong advocate for the city and sport.

When I got a text following Hermann’s death, I realized how much I have benefited from the work he did in his life, but also how little I actually knew about the man called “Mr. St. Louis.” As a successful businessman, Hermann found great pride in business and philanthropic ventures. His charitable work for organizations like the St. Louis Zoo, the Muny and the Missouri Botanical Garden made him a glowing role model for what it means to be a St. Louisan.

I wanted to know more about the man who virtually created soccer in St. Louis—the National and St. Louis Soccer Hall of Famer who created a league in the late ’60s that would lay the groundwork for MLS today. I talked to 1970 SLU soccer alum Bill McDermott about the NASL, a league that Hermann helped set up that became the framework for soccer in the U.S. “Some league had to open the door to bring this sport to the United States. That entity was the NASL and Bob Hermann was tremendously active with the St. Louis Stars,” McDermott said. As chairman of the professional team, Hermann did what no other team was doing at the time. He bridged the gap between foreign and local, consistently fielding teams primarily composed of high quality American players.

His work for soccer nationally earned him a spot in the U.S. National Soccer Hall of Fame in 2001. When president of the St. Louis Soccer Hall of Fame Jim Leeker took over in 2010, one of his goals was to connect the national hall of fame with the local. He championed Hermann’s entrance into the St. Louis Soccer Hall of Fame and succeeded in 2012. Leeker gave him a call to congratulate him on his induction, and Hermann responded, “You mean to tell me I’m not in that hall of fame?” Leeker laughed, saying he could feel what he calls Hermann’s “infectious smile” even through the phone.

Hermann cared deeply about people, and you could see it in the little things. He kept a picture on his desk from a 2013 Manchester City vs. Chelsea game at Busch Stadium. There was a little ceremony for some hall of fame guys, Hermann included, and they took a photo together. Off to the side was Leeker cheering them on. It was that picture, not the portrait of Hermann and the others, that he kept on his desk.

For a time, Hermann lived next door to Stan Musial. Musial bought a new riding mower and wanted to take it for a spin, so he asked Hermann if he could cut his grass. Hermann told him he could whenever he wanted. Brazilian soccer star Pelé was in town, and Hermann invited him to his home. At that same time, Musial was cutting the grass, and when Pelé saw that, he said, “Excuse me, is that Stan Musial cutting your grass?” to which Hermann quipped back, “Oh yeah, he cuts my grass all the time.” A stunned Pelé turns to him and says, “You must be a very important person.”

Though he was a very important person, he never lost sight of how to care. In his numerous charitable acts or his monumental strides in U.S. soccer, Hermann found a way to foster relationships and build a better future for the people he impacted. McDermott summed up his legacy in a simple line: “People in St. Louis should be eternally grateful to him for what he did on a civic and charitable basis and … for really being the first to bring [soccer] to St. Louis.”