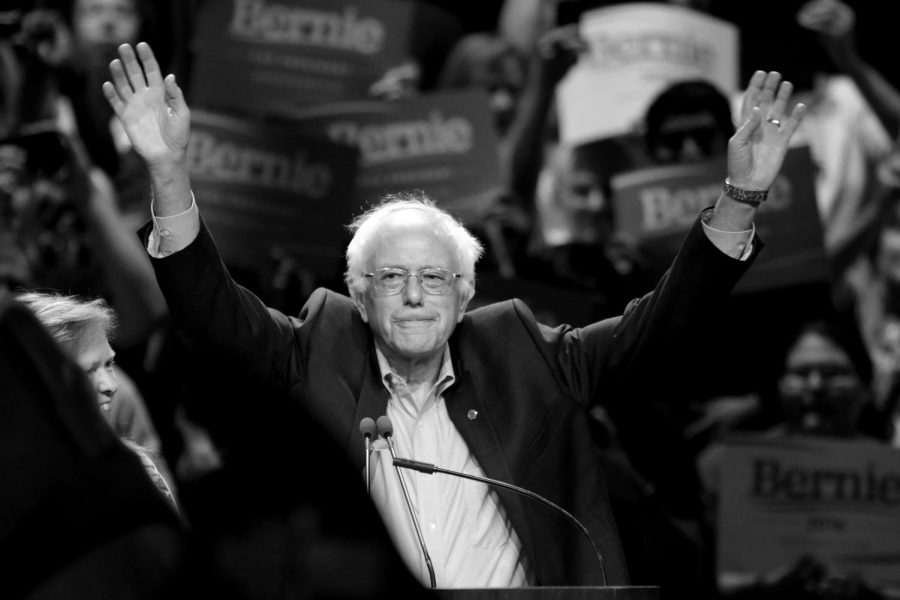 I love politics. I always have. This year was supposed to be a historic and monumental year for politics in America. We have a major election in November, we had a diverse field of candidates competing for the Democratic nomination and the current president is one of the most divisive incumbents in modern history. As a self-proclaimed liberal college student, I became a ride-or-die Bernie supporter. In my idealism (and perhaps naivety), I hoped that President Trump’s efforts to stir fear up among the American people would have the opposite effect and propel someone like Bernie to the White House. Sadly, my hopes were never realized.

I remember when I found out that Bernie called it quits. I was most definitely lying in bed in the early afternoon, still groggy from sleeping in. I reached over to check my phone (because what else do you do when there’s a pandemic?) and saw the headline: “Bernie Sanders suspends his presidential campaign.” I didn’t really react; I just kept scrolling.

The truth is that Bernie’s campaign was probably dead from the start, just like it was in 2016. There are thousands of reasons that contributed to its ultimate failure, but for my purposes, I’ll just focus on one: Donald John Trump.

Now you may ask, “Wait, don’t people consider Trump a divisive and awful president?  Wouldn’t that help someone like Bernie get elected?” Not necessarily. Yes, Trump is an awful president. He has no moral compass, he lacks consistency on the issues that matter and he has little regard for the average everyday American. He has exacerbated the political polarization in this country to an unprecedented level. He’s inept, old and senile. But one must remember that he, too, was seen as a solution. Trump was the outsider candidate, the one untouched by the “swamp” that is Washington. On one fateful day in 2015, Trump rode the discontent of the people down Trump Tower’s freakishly tall escalator all the way into the West Wing. With him, Trump brought everything that I described above. The last 2+ years of his presidency have been nothing short of a disaster and embarrassment for this country. And that is precisely why Bernie Sanders didn’t stand a chance at winning the Democratic nomination.

For his entire life, Bernie has sold himself as a champion of liberalism and human rights.  He hasn’t been afraid to stand up for what he believes in, even when it isn’t popular. In both 2016 and 2020, Bernie sought to represent himself in the same way Trump represented himself: as a catalyst for positive change in Washington. As a non-traditional candidate eager to root out corruption and inefficiency. As a champion for the American people.

In 2016, America elected Donald Trump as their representative for the next four years.  Many of us have regretted it ever since. Similarly, the former appeal of electing an outsider candidate has lost its charm. Bernie’s progressive policies, many of which were labeled as “extreme” or “impossible” by his opponents or the media, couldn’t find a home in 2020 America. We wanted a safe choice, a return to normalcy so to speak.  Despite his flaws, his inconsistencies, his age and his failing health, America has decided to go with Joe Biden.  He clung to the coattails of Obama until they finally carried him to the nomination. For better or for worse, Bernie will probably never get the opportunity to be president and enact the policies that he held dear to his heart.  Despite that, I’m grateful for his ability to rouse young people into caring more about politics. I’m grateful for his fighting for the future of this country by speaking up on issues like gun control and climate change. And because of all that, I’m hopeful for the future.