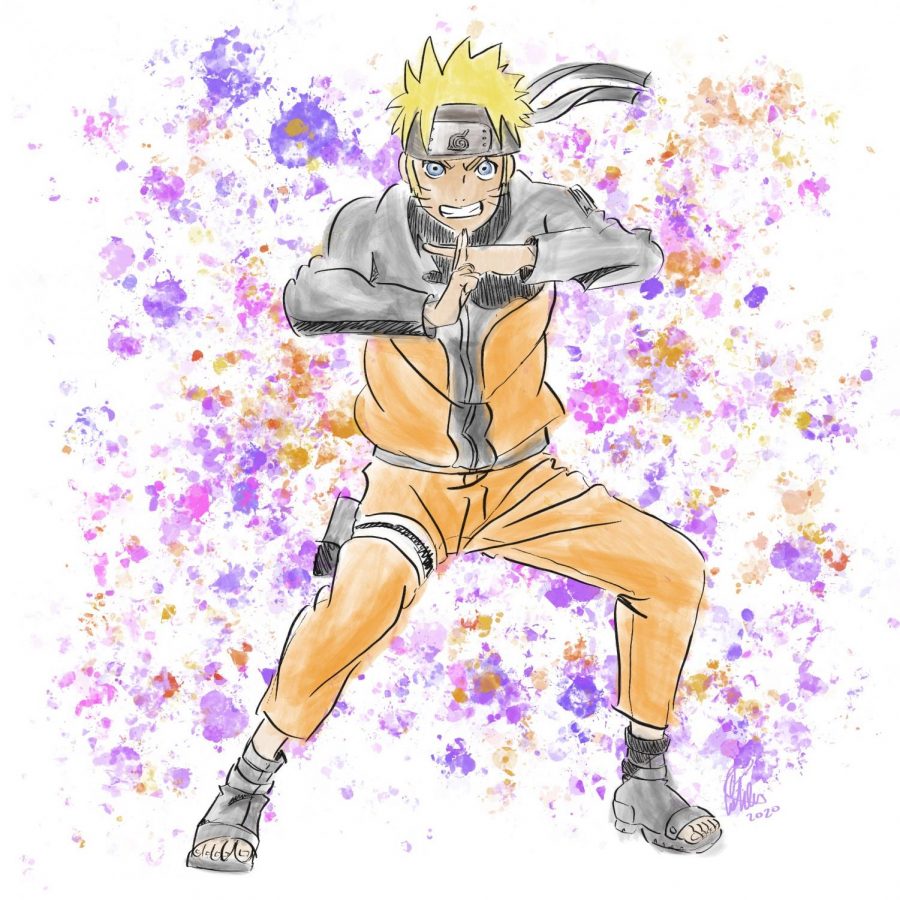 Anime. The guilty pleasure for many is a unique artform that many write off as childish cartoons, but, for those well acquainted, are much more than that. So, I’m writing this list of my top anime to try and force my editors to read it, and then consider watching anime, so my fellow weebs can skip straight to the list from here. But for the unacquainted, I will try and write for a broad audience, which means we have to talk about what anime is, and then I will get into the list.

Anime is a japanese television medium that is animated pictures, so, in layman’s terms, it is basically a cartoon. But anime is stylized in a way that makes it different from “Fairly Odd Parents” or “Scooby-doo.” Anime tends to stay away from episodic series with no overarching plot. This normally gives the shows thematic elements that connect the audience to the world and characters. When I look at an anime, those themes are one of the two things I am looking at that live action does worse than anime. The other thing is animation. This is literally how things move on screen, but animation combines with other things like art style and cinematography to create something unique. This is why anime is often referred to as an artform. Teams of people craft a compelling story and create a breath-taking world with beautiful characters to take the viewer on that journey. Now take this journey with me, and I hope to convince you that these five shows are worth watching. Here are my top five anime.

The series follows two brothers, Ed and Alphonse Elric, on their journey to find the Philosopher’s Stone. The Philosopher’s Stone is a stone said to have incredible alchemical abilities, and in the Fullmetal universe, alchemy is practiced much like magic, giving the Philosopher’s Stone the ability to perform alchemy in a spectacular way—and potentially even breaking the laws of Alchemy. And that is what makes this show so great. Alchemy is a science and follows what is called “The Law of Equivalent Exchange.” This means that in order to transmute something—deconstruct and reconstruct the atomic structure of an item—the atomic structure must be known and the balance of materials being deconstructed must be the same as the materials being reconstructed. This simple principle sets the stage for the show’s thematic conflict. It looks at the value of life. The boys learn about life and death at an early age, and through the lens of equivalent exchange learn about truth, knowledge and the inherent value of human life.

Everyone wants to be a hero, and in the world of “My Hero Academia,” the title “hero” is given to people as a recognized profession. 80 percent of the population has a superpower called a “quirk” that can range from simple abilities like glowing skin, to Superman-esque powers, like flying through the air. The story follows Izuku Midoriya on his journey to become the number one professional hero. He attends a prestigious hero school called U.A. High, and is surrounded by classmates also wanting to become pro heroes. The show ranks so highly because of stellar animation, with high speed action shots and beautiful color clashes in fight scenes. But the real juice of the series is the overarching question: What does it mean to be a hero? The show has many different perspectives on this question. All Might is the number one pro hero and known as the “symbol of peace,” so the audience assumes that is what a hero looks like. But other characters are introduced to challenge this symbol and suggest that being a hero might not be as black and white as people assume.

If you have yet to hear of “Naruto,” you have probably been living under a rock. The show transcends anime culture and broke into mainstream pop culture years ago. Set in the Hidden Leaf Village, the titular character, Naruto Uzumaki, is on a journey to become the Hokage, which is like the ninja president. This show is here because of my personal attachment to it. “Naruto” ended its 15 year run in 2017 when part two of the series, “Naruto: Shippuden” ended. To put it into perspective, the show first released the English version on Toonami in 2005. That is a 12 year journey for 7 year old Sam, taking me through my early childhood. Playing with my grade school friends at recess, pretending we’re ninjas. Subtly making “Naruto” jokes in the middle of class in high school. Having deep conversations about peace, sacrifice and determination in college. The show literally matured with my generation. As the viewers got older, Naruto got older, too, and it is that story of growth that connects viewers to the characters and makes “Naruto” so great.

A notebook falls from the sky and high schooler Light Yagami picks it up. The notebook reads, “The human whose name is written in this note shall die.” The story follows Light and his use of the book to carry out judgement. The antagonist is a detective named “L,” who is attempting to solve the killings. The contrast of L and Light, both geniuses, is what pushes the thematic narrative of justice. Light kills criminals. Is that bad? He thinks not, but the police do. These two continually clash in a battle of wits and each player seems to be five steps ahead of the other at all times. Stunning visuals are added to exacerbate the contrast—a lot of scenes using red vs. blue or black vs. white to add a level of conflict. By the end of the series, the audience is still left perplexed on what justice is. There is no clear answer and you always have to think. It shows how moral decisions are often seen as right or wrong, but they are never that easy to decipher. I have watched this 37 episode series many times over, and each time it has taken less than five days, with my first viewing completed in under 48 hours. It is a thought-provoking show that is a great gateway into anime as a mature medium.

“Attack on Titan” is set in a post apocalyptic world where humanity has been wiped out and the remaining population lives within the confines of three massive walls, built to protect them from titans which are human-like giants that eat people. What makes this show the best of any show ever is the story and the animation. Humanity has an army, and one branch of the army is designed to discover territory outside the walls where they are subject to fighting titans. This is the Survey Corps, and this idea of discovering more for humanity is what breathes life into the show. The continuous trek toward knowledge of the outside world keeps the viewer invested. This is spurred on by mystery and surprise. When the show starts, the audience has little to no knowledge of the outside world, and every time new information is found, another question arises. Animation and sound are used to create another layer of these mysteries and surprises that make it impossible for the audience to predict the future. Action is animated so fluidly that these fantasy encounters seem real. It is such a compelling series that the moment I finished the second season in 2017, I went online to read the manga because I had to know what happened next.