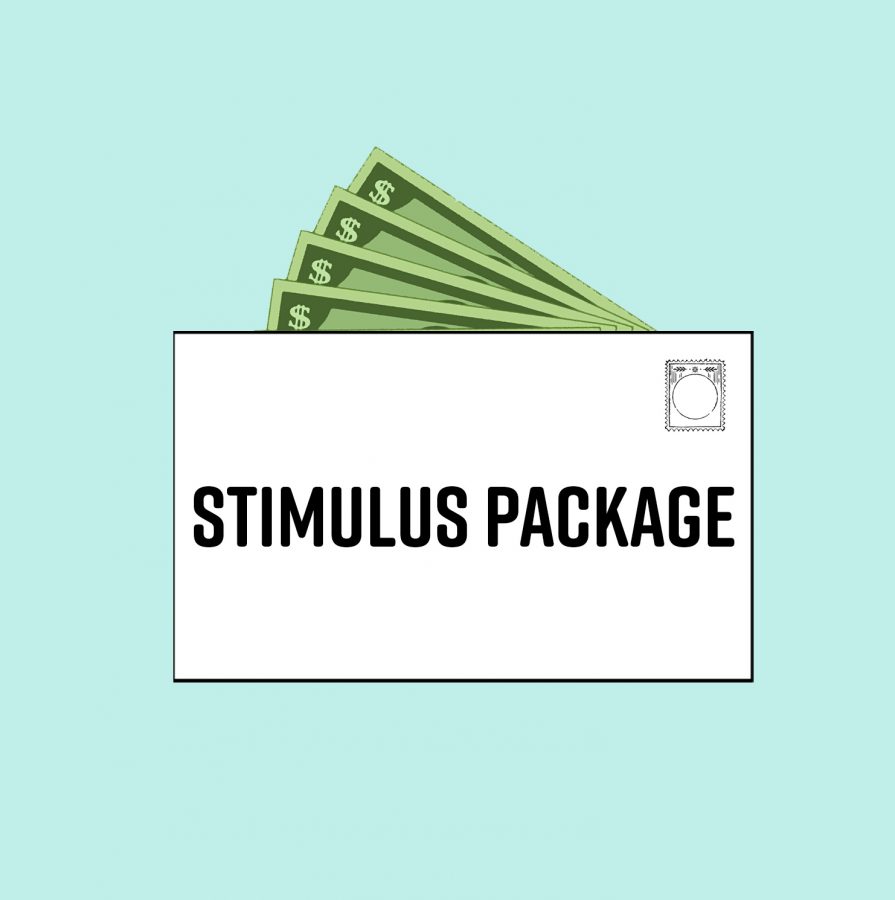 Despite having many of the same financial obligations and many losing on-campus jobs or internships, college students have been excluded from the stimulus package all together. If your parents claim you as a dependent, meaning they are responsible for 50 percent or more of your financial obligations, you do not get a stimulus check. Which could be a fair argument—your parents are getting an additional $500 because you’re a dependent, right? Wrong. Your parents will only get the additional money for dependents if you are under 17. Many young Americans who were filed as dependents but still have financial obligations to uphold are not sure how they’re going to buy groceries or pay rent with no other form of income.

There is an argument to be made against college students getting any kind of stimulus check because being in college in itself is a fairly privileged position to be in. Odds are, if your family is in a good enough financial position to send you to college for four years, you aren’t one of the Americans in need of this check. However, there are plenty of students who are filed as dependents, are still responsible for paying for their education and are now struggling to pay their student loans. Others relied on federal work study programs at their universities, some of which are not paying students through the rest of the year.

While there are many Americans who aren’t getting the money they need to fulfill their financial obligations for the duration of the pandemic, there are also plenty of Americans receiving stimulus checks who don’t need them. For example, some people I know are using their checks to buy the newest iPhone or other tech gadgets. Others who have received a stimulus check and didn’t need it have donated it to a local food bank or worthy charity that is helping people in need during this time.

So, some questions remain: how do we determine who actually needs a stimulus check from the government? Once we determine that, what is the best way to help those Americans in need and how do we ensure that the money is actually being used for financial needs and not splurges on the latest technology? It seems like there are new suggestions being made every day. Whether it’s a forgivable loan, the unemployment program, rent forbearance or a new congressional proposal in the works that would give $2,000 each month for six months to every American adult making under $130,000, the conversation regarding which method would be the most helpful to those Americans in need is not likely to end anytime soon.

To try to get some answers to these questions, I talked to Bonnie Wilson, Ph.D, an associate professor of economics at SLU. She made the point that there is an issue of rhetoric when discussing the stimulus package, saying, “we want to encourage people to stay home and to forbear from work. So in that sense, it shouldn’t be called a stimulus. We don’t want to stimulate the economy; that’s the opposite of what we want to do.”

These checks are not meant to stimulate the economy. They’re meant to help people meet their financial obligations—rent, utilities, groceries—while out of work. Wilson continued, “The problem is that when we shut down what you might call ‘economic time,’ financial time keeps moving forward. People’s financial obligations, their debts, the things they owe to others, continue to accumulate. So, because we’ve shut the economy down, we want to help people keep up with financial time that keeps running.”

Wilson went on to propose an interesting alternative she had heard. Rather than giving some people a $1,200 check, she suggested giving everyone a $5,000 line of credit that would be forgiven if spent on certain financial obligations. This is similar to what was done for many small businesses through the CARES act and PPP program. It would decentivize people who don’t need the money from using it on things they don’t need and could potentially give a lot more than the one time payment of $1,200 to those who need help fulfilling their financial obligations. Then, when there’s less of a risk to public health and the economy does reopen, everyone will be in a much better financial position, creating a lesser need to stimulate the economy.

There is no perfect answer. There are numerous factors to take into consideration, including which populations actually need help, which of these populations are getting the help and how much this aid is going to add to the U.S. budget deficit. While the ideal stimulus package is not likely to be passed any time soon, all Americans can do now is continue to follow state stay-at-home orders and social distancing guidelines. On the other hand, this pandemic has revealed that U.S. assistance programs such as unemployment are not built to handle this kind of capacity in case of an emergency. While a stimulus check may not be the most effective way to help Americans during the COVID-19 pandemic, they are providing short-term relief to many of those people who need it. However, we need to take into consideration how this is going to affect the U.S. financial situation in the long run. We’ve already passed a $2 trillion stimulus package, and with the pandemic stretching longer than many expected, it likely won’t be the last. So, I ask the question that almost every American has asked in the last two months: what’s next?