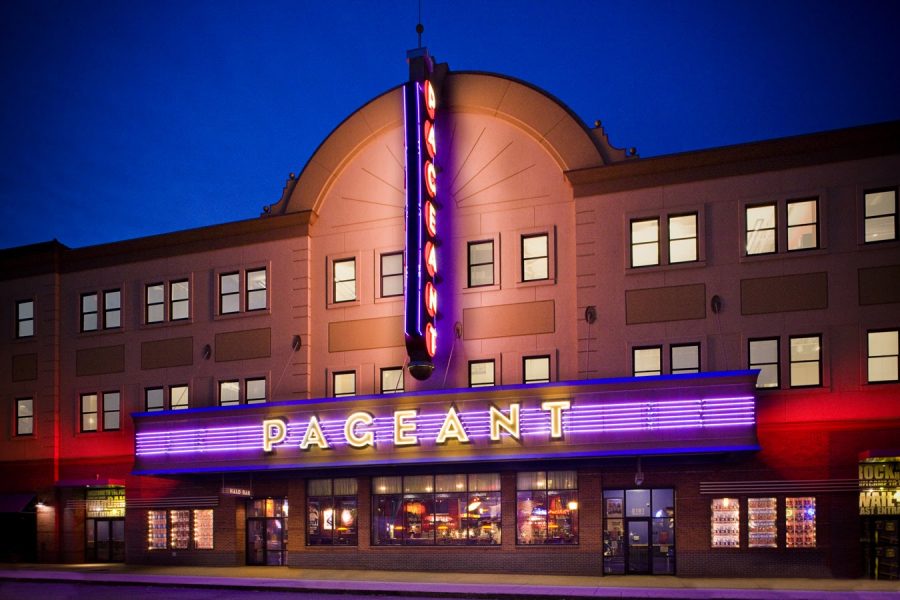 On May 15, country-rock artist Travis McCready, lead singer of the band Bishop Gunn, is set to headline what is being branded as the first official social distancing concert in Arkansas. According to the show’s Ticketmaster page, hosting venue TempleLive will reduce its 1,100 seat capacity to 229, an 80 percent decrease in tickets. Fans will be required to wear face-masks, which will be available to purchase at the event, and take temperature checks upon entry. There will be a 10-person limit on each bathroom, all soap and paper towel dispensers will be no touch and all beverages will be either prepackaged or have lids. At the time I am writing this, the venue is being sanitized through fog sprayers by an independent third party.

While TempleLive is bending over backwards to adhere to the Centers for Disease Control and Prevention guidelines, the vast majority of concert venues across the world are suffering from having no concerts at all, including St. Louis’ beloved The Pageant and Delmar Hall. While concert goers have been eagerly looking forward to news that social distancing is no longer required and we can all go mosh in a crowd once more, Patrick Hagin, managing partner of The Pageant and Delmar Hall, is looking forward to going back to work. However, even for someone as involved in the concert industry as himself, he doesn’t have an answer on when that will be.

“You can be optimistic about this and you can be pessimistic about it,” he says. Depending on your mindset, he says you can expect concerts to resume this summer or you can expect to wait until 2021. “You kind of prepare for the worst and hope for the best.” Unfortunately, that pessimistic view is a lot more tempting as social distancing is exactly what concerts are not. “What we do is have large groups of people in close quarters,” he says. “In the economy in general, [the concert] industry is going to be one of the last businesses to come back.”

Hagin is just one of many members of the music industry whose business has been affected by the COVID-19 pandemic. In his words, both The Pageant and Delmar Hall are “completely mothballed,” meaning no concerts, no business, no revenue. Just how serious this economic loss is has echoed throughout the industry, which Hagin says has been especially responsive to social distancing guidelines. “Our industry understands what’s at stake here,” he says, “[and has] been at the forefront of shutting everything down in hopes of lessening the amount of time this impacts everyone.” Even if a venue like The Pageant could get away with hosting a concert, an act that could result in city officials padlocking their doors, the very act would prolong the pandemic and hurt the industry more, causing much more losses than benefits. And while this incentivizes the venues to close their doors, Hagin also points out the importance of looking at it from an artist’s perspective. “[Artists] are driving around in tour busses with 6 to 12 people… if any one of those people is contagious, that’s really bad news.”

While these venues have been empty, the artists avoiding them have been massively affected by the recession as well. “The major difference in the industry now compared to 25 or 30 years ago is that artists tour to make a living.” The misconception that musicians are usually able to pay the bills on their music is far from the truth, and most money that passes through hands in the industry doesn’t even go to the artists. According to a 2017 report from Citigroup, just 12 percent of money made in the music industry in a given year goes to artists. The vast majority of this comes from touring. This is why, Hagin says, musicians have an incentive to not cancel their shows. Instead, roughly three quarters of the concerts at The Pageant and Delmar Hall have been postponed instead, but that opens a different set of complications for both venues and ticket buyers.

Many tickets for these postponed concerts have been bought months in advance and figuring out how to honor those purchases has been complicated when the status of so many shows remains unclear. The venues don’t know when the appropriate time to reschedule them is and the people who bought these tickets won’t know if they can even go to the concert until the new date is announced. For example, many concert-goers in St. Louis are students from other parts of the country, so if a concert gets rescheduled for a date in the summer they likely won’t even be in town to attend it. Thankfully, The Pageant and Delmar Hall have been especially understanding of the situation, offering a 30-day refund window from the announcement of the new date of a postponed concert.

But once these concerts come back, Hagin says, not everything will be entirely back to normal, demographically and artistically. “Let’s say six months from now everything is given the green light to open up again. If you’re doing an EDM show, chances are that the audience might not worry too much about it because they’re younger and somewhat bulletproof in their minds anyway, but if you get an artist that appeals to an older crowd, those people are gonna be thinking twice about it. We’re not sure how fast they’ll be at ease again about being in a concert venue.” From an artistic standpoint, Hagin predicts “less bells and whistles with the tours” in order to maximize profits. “They’ll probably be stripping things down, but also probably want to keep ticket prices at a more attractive level because they want to get as many people back out to see them as possible.” In short, “there are a lot of different components here.”

Until then, people in the industry will be struggling with how to deal with the current situation financially. Thankfully, we’ve seen some beautiful responses to the artist’s struggle, most notably from the online music distributing platform Bandcamp, which is very popular among independent musicians, who has decided to waive all (yes, 100 percent) of their profit on the first friday of the next few months, allowing artists to keep all the money spent on their music. This has contributed to roughly $11.4 million given to artists through the platform so far. Still, the venues have almost zero sources of revenue during this time. However, when asked how people can support the venues during this time, all Hagin asks for is “a little bit of tolerance” and an “understanding of the situation.” “A large percentage of people in the music industry are without work right now.”

The likelihood of social distancing concerts like the one in Arkansas being the new norm is incredibly low, but, depending on how long this pandemic lasts, there’s no telling how people will creatively provide live music. Last Monday, famed improvisational artist Marc Rebillet, known to fans as “loop daddy,” announced a tour where he will be visiting drive-in theaters in five major cities. While his management calls it the “first-ever proper US drive-in tour,” it’s possible that it won’t be the last.

As the country opens back up, whenever that may be, Hagin stresses how crucial it is to support the entertainment industries hurt by the virus. “Once everyone reopens, it’s especially important to patronize your favorite venues, bars and restaurants. The ones that are left are gonna need as much love as they can get.”