Female Athletes Feel They Have Nothing Left to Lose

The WNBA fight for social justice in America 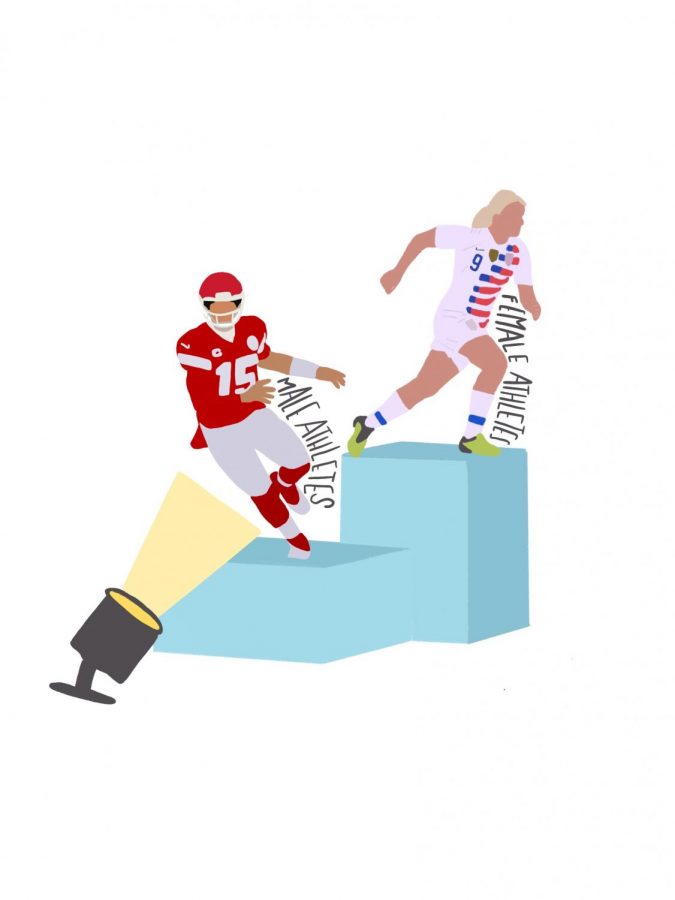 Since the inception of sports in America, athletes have used their platform to speak up for others. Jim Thorpe used his platform to highlight the plight of Native Americans. Jackie Robinson’s role in the MLB paved the way for racial justice in major league sports. Babe Didrikson created the LPGA, which served as one of the first professional theatres for women’s sports. In modern times, the National Women’s Soccer Team casts brutal condemnation on the lack of equity in pay for athletes. There is a long-standing history of those who use their professional platform to better life in America for the generations that will come after them. Today, the WNBA and its athletes have created a standard of fighting for justice and the America they want to see.

In 2016, Maya Moore of the Minnesota Lynx forfeited her season in order to help overturn the wrongful conviction of Johnathan Irons. Shortly after, the league experienced a rapid succession of incidents that put the women in a position where they felt they could no longer be silent. While media coverage would lead one to believe that the main source of support for the Black Lives Matter movement would be the NBA, an analysis of the WNBA and its modifications shows that these women have used their league to fight for victims of police brutality long before it became the popular option.

As is common with the rules and standards of many professional athletics leagues, the WNBA has regulations about warm-up shirts, self-presentation, and interview protocol. That same year, players donned warm-ups reading “#BlackLivesMatter” and “#Dallas5.” They were met with harsh league punishments and condemnation from the administration. The players refused to let monetary sanction inhibit their advocacy. When Tina Charles of the New York Liberty accepted her Player of the Month Award, she wore the league issued warm-up inside out. In addition, after the game between the Liberty and the Indiana Fever, the players refused to answer questions, conducting a media blackout. Ten tension-filled days later, the administration rescinded the fines.

The WNBA and its members are no strangers to bringing awareness to situations that may be unpopular. In fact, by 2017 the league had created Unity Day, where the teams could bring awareness to social issues of their choosing. For instance, the teams have collectively rallied for LGBTQIA+ rights. This year, specifically, special light and preference has been shown on female victims of police brutality.

The Wubble, as the WNBA has taken to calling their designated play “bubble,” has seen plenty of protests in the 2020 season. Games have been postponed, panels have been held, and overall, the members of the WNBA are pushing their fans to do what they can to change America. They have encouraged those who are eligible to vote and have spoken in favor of completing the census. For many of the players, they have amplified the fact that though it may seem as though they are in a luxury position in order to have the ability to choose not to do their job, issues of race are personal. On and off the court, they cannot stop being Black. They cannot deny who and what they are which, they say, is what fuels their fight against matters of racial violence.

The NBA and NFL have been placed at the center of the conversation surrounding athletes and their platforms for social reform, even as women have been fighting it for longer. With significantly less media coverage and fewer fans, the battle fought by female athletes goes relatively unnoticed. The changes they have made for their league date far past what is now seen as conventional athletic advocacy. For the athletes of the WNBA, the lack of attention can be disheartening. However, rather than dwell on the lack of attention, the players have decided to capitalize on what difference they can make.

For female athletes who are paid appallingly less than their male counterparts and for a fraction of the views, there is nothing left to lose in standing up for those in need. They have used their energy to create a safe and inclusive league for themselves and their fans. Using the platform they have fashioned for themselves, they continue to encourage social justice… even if that means remaining unpopular.