Love In the Time of COVID-19 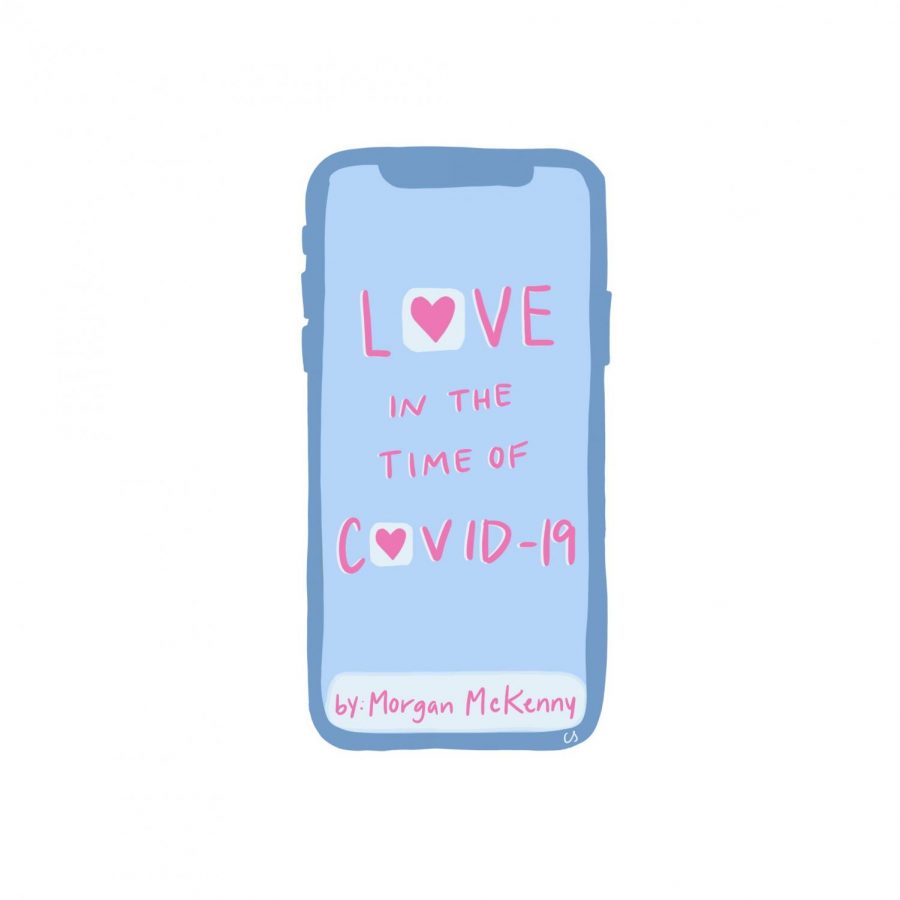 The announcement of stay-at-home orders came with a spike of dating app usage. With nothing to do, singles flocked to apps like Tinder, Bumble and Hinge to pass time and potentially meet someone special.

Tinder is not where freshmen Ashley and Steven’s* story starts, though. They met on Discord (an app that is self described as a “place to talk and hang out”) in an unofficial Saint Louis University server for incoming freshmen in May. Like other groups made for SLU freshmen, members were encouraged to introduce themselves to their peers to make friends before arriving on campus. When Ashley saw Stevens “About Me” post, she was immediately drawn in.

“I noticed that we have a lot of things in common”…“like everything in common. I was like, maybe I could be really good friends with him,” Ashley says about the first time reading his post. “I jokingly said to myself, imagine dating him.”

“We just had very similar vibes and interests”…“and I decided to take a shot,” Steven recalls, displaying his courage to message her first. The two most important interests the couples share is fitness and their love for watching anime.

Like many other couples that met online during stay-at-home orders, Ashley and Steven spent time with each other virtually. They interacted on multiple social media apps, but kept most conversations on Discord. Ashley and Steven both admit that they knew they liked each other after their first call on Discord, and soon enough, calling each other became routine. When the couple played Minecraft together, being on a voice call was a must. Steven recalls that not speaking to Ashley while mining felt odd. The couple shared duties in their Minecraft world—the only universe they could physically be together. Ashley tended to their animals and crops while Steven built their village.

The couple had the opportunity to bond over one of the things they love most at a virtual anime expo that COVID-19 had forced online. The expo started at 10 a.m., but Steven confesses that he overslept the beginning of it by waking up at 3 p.m. that day. The couple both had odd sleep schedules brought on by their sudden loss of responsibilities due to stay-at-home orders, though. Steven could stay up until 4 a.m., and Ashley even later.

When it was time for Steven to admit that he liked Ashley, he did it in the most Gen Z way: sending her a Tik Tok to confess his interest in her.

The two were ecstatic for the start of the 2020-2021 school year on campus. Steven says that his excitement to meet Ashley was stronger than the excitement he feels when he sees his favorite cousins during the holidays. They finally met a few days after the Freshman Move-In days and took a romantic walk down West Pine. Neither of them was nervous. They felt so comfortable with each other after spending the whole summer together. Steven and Ashley made it official Aug. 18. Now, they spend nearly everyday together and share some of the same friends. They are currently working to finish the anime series “Slam Dunk.”

Steven and Ashley are fortunate to have met their online love in the midst of the pandemic, but Ashley fears being sent home because of a campus outbreak. If SLU students are sent home, the couple will once again be two hours apart from each other in their homes in California. Whatever happens, the two will always be thankful for Discord, anime and Minecraft.