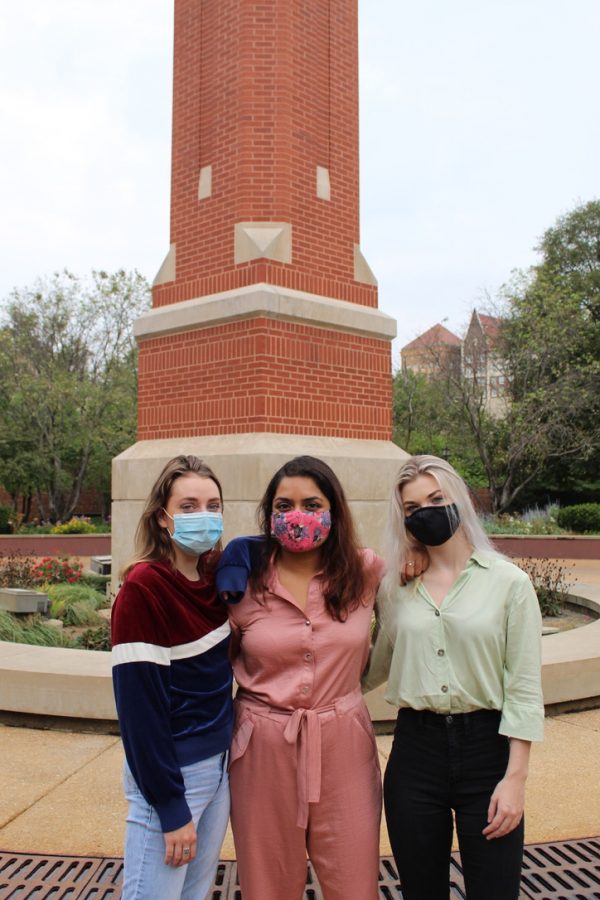 Sexual assault. Those who have survived it know just how devastating such an experience can be, yet it occurs daily on college campuses across the country. According to the U.S. Department of Health and Human Services, one in five women are sexually assaulted while in college, and according to the Rape, Abuse & Incest National Network, 5.4 percent of men are also victims of sexual assault during this time. We students are no strangers to these facts—there are few things more chilling than receiving SLU’s mandatory e-mail reports of assault cases.

While most universities actively work to curtail this prominent issue, resources are often limited, and given the dynamic nature of sexual assault it is impossible to find a “one size fits all” solution. However, some students are working to reverse this narrative by creating the student-run sexual assault hotline, SAM.

“SAM is a peer-to-peer hotline run by students that are completely anonymous who are training this semester for operation next semester,” said Alapi Shah, a leader in SAM’s Finance team. “Basically what we are trying to do is make a comfortable space for students, regardless of their ethnic background or their sexual orientation, to come and report something like a sexual assault or anything that is a breach of Title IX.”

Elle Aronson, the organization’s leader, has been working for several years to build SAM and define its role on SLU’s campus. “Sexual violence has been a very consistent part of my life over a decade now and there was never anything I could really do about it,” Aronson said. “Advocating for the prevention of sexual violence, hopefully everywhere, is what I’m basing my career off of and this is just a starting point for that.”

SAM is composed of three tiers with an advisory board. The tiers consist of hotline operators, finance and recruitment. In a nutshell, recruitment works to find new volunteers and increase the outreach of the organization, while finance focuses on maintaining the fiscal stability of SAM. Hotline operators are anonymous students that voluntarily commit their time to speaking with sexual assault survivors regardless of the recency of their assault. Lastly, the advisory board is a collection of SLU faculty mentors that use their past work experience and education to offer guidance and advise current SAM members. These teams are led by handpicked CORE board members—seasoned volunteers that work directly with Aronson.

Unlike most resources for SLU student survivors, SAM is not associated with the university, yet primarily serves its student body. As SAM’s founder and leader, Aronson assumes liability for the organization entirely. “SLU is not liable for anything that happens, I am liable for anything that happens so that’s why everyone signs a contract, a confidentiality sheet, and a conduct waiver,” she said. When asked if she worries about being responsible for such a powerful operation, Aronson explained, “I am not ever worried because I know I am providing the best training possible and I vet each potential operator”…“all finalized with roll playing prior to ever taking a call.”

Given the serious nature of their work, hotline operators must go through a rigorous application process to ensure well-fitting individuals are selected. Hotline operators are required to participate in at least 50 hours of training from experts in the fields of sexual assault, peer-to-peer counseling, suicide prevention and crisis intervention. Since SAM places an emphasis on its mission to provide peer-to-peer support, maintaining the confidentiality of operators is cornerstone to SAM’s successful operation and is something all hotline operators are contractually bound to.

One of these hotline operators, who must remain anonymous, explains that peer-to-peer conversation serves as an advantage when speaking with survivors. “I think the act of talking to someone that’s on the same page as you, you know I’m an undergrad you’re an undergrad, instead of this is a therapy session, is something more comforting,” they said. “With SAM, you don’t have to see me and you’re not going to get that hesitation to talk because you won’t be afraid of what we might say.”

For SAM to obtain university approval, Aronson had to accomplish a number of things to ensure that the organization was properly equipped to assist sexual assault survivors. “We had to create the handbook, the foundational documents, and the very very specific rules that we’re going to have within the organization,” Aronson said. “Then we had to get approval from the SLU lawyers which is called the OGC (Office of the General Counsel) to operate on campus. We had to give them everything.”

Despite beginning at SLU, SAM is determined to expand its reach and provide support to those who may lack valuable resources. Róisín Mulkerrins, a leader in SAM’s Recruiting team, is actively participating in this endeavour. “Networking to other campuses is a big thing. Harris Stowe is one that we hope to reach out to soon because they’re right across the street,” she said. “We want to hit a point where this resource is available to people on all campuses.”

All in all, SAM has set out to provide a sense of comfort and reassurance to survivors of sexual assault and has proven itself an invaluable asset to our campus. “There’s a huge spectrum of what entails sexual assault. It’s not just what we see in the movies,” Mulkerrins said. “That’s what SAM is going for. Anyone who has any questions or confusion or just feelings, call SAM and there’s a person who is trained and wants to talk to you about anything you might need.”