What SLU Groups are doing to continue service during the pandemic 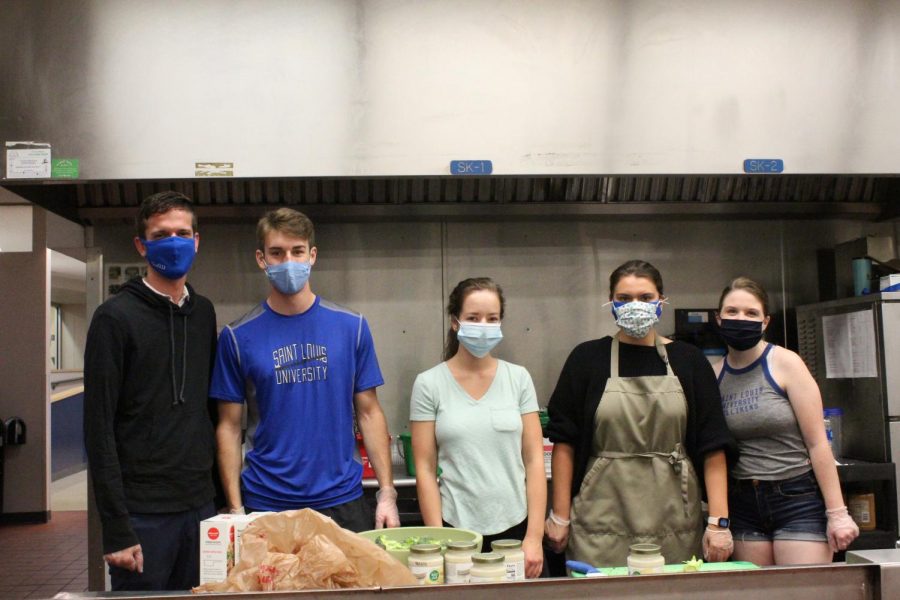 After the abrupt close of Saint Louis University last semester, many people and organizations were left in the lurch, having to adapt for the upcoming semester. Doing service is a central tenet of what it means to be a SLU student, and while some rules of service are changing due to COVID-19, there is no shortage of opportunities.

Saint Louis University’s reaction to the pandemic is evident in our hybrid-synchronous classes, distanced walkways taped on the floor, boxed cafeteria food and in the way SLU organizations do service—the Overground Railroad to Literacy and Labre are two SLU groups who are continuing service this year, their work just as important as it was before.

The Overground Railroad to Literacy, a SLU organization dedicated to bringing equity through tutoring in local communities, witnessed an abrupt end to their community outreach last semester when the schools chose to end the year early.

Overground president Caroline Kreh explains, “Last semester was chaotic, I’m not going to lie. We were trying to communicate with our schools as best as we could to see what our schools wanted us to do.”

Taking this summer break to equip the organization with hundreds of tutors in a virtual format, Overground has had to reimagine its intrapersonal approach to tutoring.

“It’s something that educators are also worried about because a lot of the fun interactions that Overground tutors get to have with students rely on being in classrooms with them playing games and getting to know each other in that personal setting and obviously that’s going to look very different,” Kreh said.

Fortunately, the upcoming semester looks like it will be a busy one based on the requests for both tutors and times; despite last semester’s early end, schools are utilizing Overground’s resources in hopes of keeping students engaged and excited about learning. While Overground’s mission may be carried out in a virtual format, some services are completely dependent on the in-person connection.

The end of in-person classes at Saint Louis University last semester meant that the majority of the volunteers for St. Benedict Joseph Labre Ministry with the Homeless had to return home. Volunteers based in the St. Louis area continued doing service, while others connected with Labre via social media over the summer. Now back on campus, Labre has already restarted its weekly Monday night service in the community, but with a few changes: new cooking guidelines, carpool rules, limitations on group size and masks.

These regulations are based on CDC guidelines as well as insight from two local organizations, Tent Mission STL and the St. Patrick’s Center. Although this changes the scope of their service, Labre’s president Andrew Sweeso believes the quality of their service will remain the same.

When asked if the pandemic has put pressure on Labre to continue or alter its focus of service, Sweeso responded, “One meal is not going to solve the fact that a person is denied food and shelter even though those are their basic human rights. Connecting with people is not going to undo the fact that so many people ignore or even harass the unhoused, including and especially certain members of the Saint Louis Metropolitan police department.”

Still, he believes, “while we can’t solve the problem, we can certainly try to be there with the folks we are serving who are facing those problems in a much, much more amplified way than we are.”

The roles of Overground Railroad and Labre are especially important to schools and the economy, both of which were negatively impacted by the pandemic. These SLU groups and the Center for Service and Community Engagement are great resources for someone looking to serve in-person or virtually.

As these organizations demonstrate, with well-organized precautions and guidelines, there are still ample opportunities through SLU to serve the greater St. Louis community.