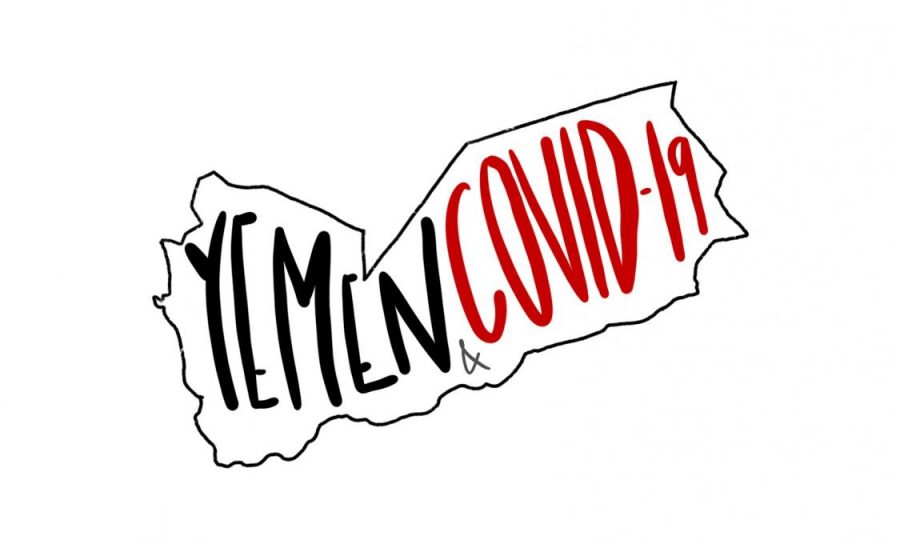 The Yemeni population faces yet another challenge as the COVID-19 pandemic reaches the war-torn country. Since 2014, Yemen has been in the midst of a civil war that has caused the worst humanitarian crisis in the world—the added challenge of the pandemic is an additional threat to the safety of their citizens.

The Yemeni Civil War can be classified as a proxy war between the Sunni government backed by Saudi Arabia and the Houthi rebels backed by Iran. Most of Yemen’s infrastructure has been destroyed and millions of civilians require outside aid to survive daily. More than 24 million people in Yemen are in need of humanitarian aid because of this war. Matthew Nanes, Ph.D., is a political science professor at Saint Louis University who teaches about the Middle East and ethnic conflict.

“The involvement of these two regional powers and their allies has significantly raised the level of violence used on the battlefield and made it impossible for the two sides to come to an agreement to stop fighting,” Nanes said.

Nanes also spoke on how the two outside powers care little about the citizens of Yemen and their infrastructure because once the war is over, they can simply leave the area. The limited consideration of Yemeni health by the competing powers led to a cholera epidemic starting in 2016. By the end of 2019, there had been over two million cases of cholera in Yemen due to the decreased access to clean drinking water.

“Due to years of fighting and destruction, Yemen has virtually no functioning hospitals, woefully insufficient medical equipment, and not enough qualified doctors,” Nanes said.

This situation has only been worsened by the COVID-19 pandemic. The limited doctors that Yemen had were being called back to their home countries to help with the pandemic or felt that it was unsafe to continue practicing because there was a lack of protective equipment.

“Yemen was already suffering from one of the world’s worst humanitarian crises before the pandemic, with critical levels of malnutrition on top of battlefield violence. Society simply has no capacity to deal with yet another threat to safety,” Nanes said.

The challenges that Yemen faces were again escalated when countries such as the United States cut funding. In April, when Yemen announced their first coronavirus case, Lise Grande, the United Nations humanitarian coordinator in Yemen, identified these problems in an interview with NPR.

This development in Yemen is morally important to some U.S. citizens because of how unnecessary the trauma is that Yemeni citizens are facing.

“With proper governance and neighbors that helped, not hindered, peace, Yemeni society could thrive,” Nanes said. “Instead, millions of people suffer in abject poverty and are exposed to horrific violence. If regional powers stop using Yemen’s population as a football and their territory to fight proxy wars, and global power step up to provide proper aid, this suffering could be avoided.”