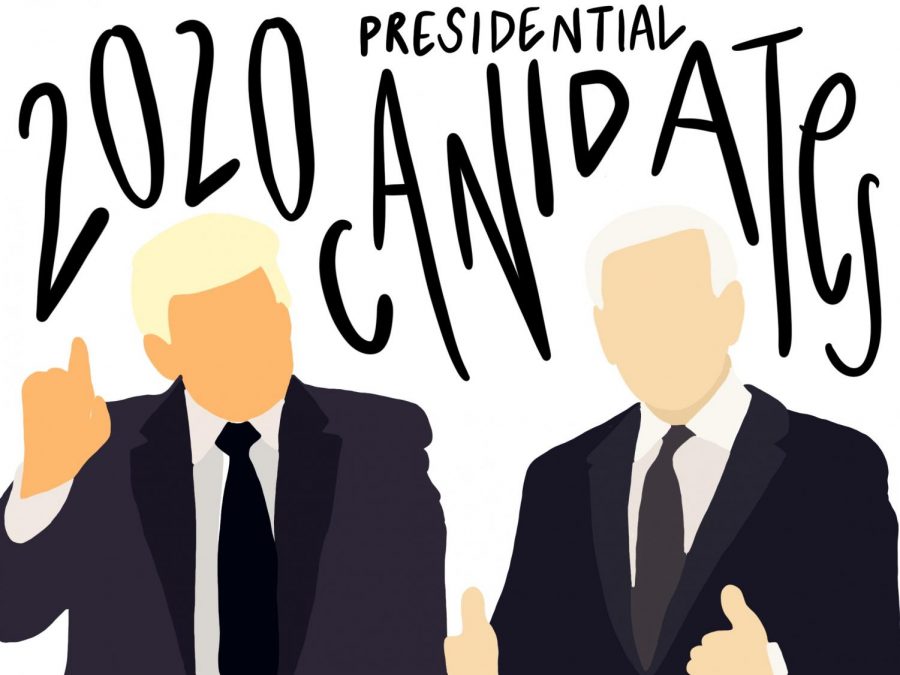 This year’s presidential election is between Republican incumbent Donald Trump and former Vice President Joe Biden. Joe Biden has decades of experience in politics, and Donald Trump is running for his second term as President. See how the two candidates envision America.

Donald Trump has not mentioned increasing the minimum wage.

Both candidates are in favor of police reform. Biden has denounced calls to “defund the police,” and while Donald Trump is under scrutiny for his militaristic response to George Floyd protests, Joe Biden was Vice President during the Ferguson protests that were met with similar responses under Obama.

Joe Biden wants to eliminate the death penalty and solitary confinement. However, Joe Biden has reached this opposition in the 2000s, decades after he established his political career.

Joe Biden pushed for harsh drug sentences in his early career. Now, he hopes to decriminalize the use of cannabis and legalize medicinal marijuana. He would leave the legalization of recreational marijuana to the states. Biden says his administration will invest $75 billion in drug prevention. Biden claims that drug use should not warrant immediate incarceration, but rehabilitation instead.

Joe Biden would invest $70 billion into HBCUs, and his plan to make two years of public colleges and universities free to most students would apply to public HBCUs.

Donald Trump has signed a law that gives a permanent $255 million in funding for HBCUs.

Joe Biden wishes to uphold the Affordable Care Act and will finance it by increasing taxes on the wealthy.

Donald Trump despises the Affordable Care Act, but he has not proposed a replacement.

Both candidates are in favor of lowering drug costs.

Joe Biden would protect DACA, mapping out a path to citizenship for Dreamers and all other undocumented immigrants in the country.

Donald Trump has attempted to repeal DACA, but it has been overturned by the Supreme Court. This year, his administration has blocked new DACA program enrollment.

Joe Biden would not tear down any of the already built border wall, but he would end any further construction. That funding would go towards other border security enforcements such as better screening.

Donald Trump’s administration has completed 265 miles of wall at the Mexico-American border. Mexico still has not paid for the construction.

Neither candidate wishes to ban fracking.

Here’s a visual summary for our readers: 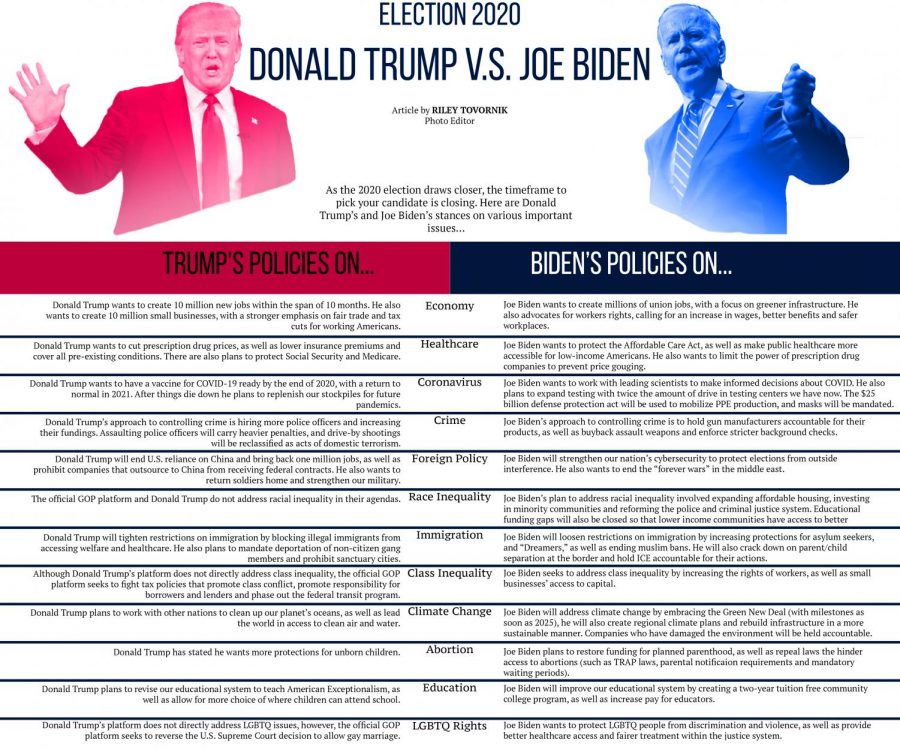