Students Explore Their Relationship With Politics

As the upcoming presidential election quickly approaches, students reflect on their own roles in government and how it has helped develop their political ideologies 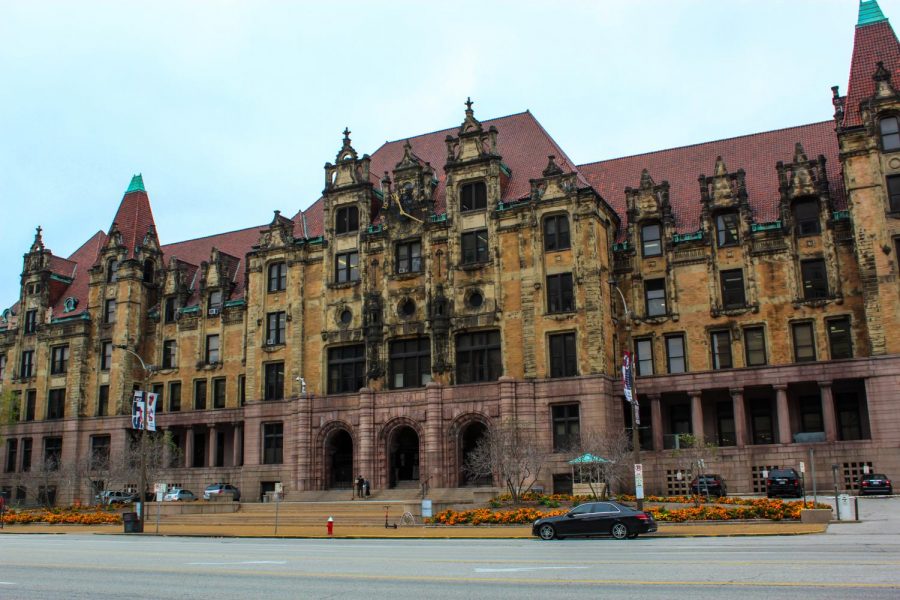 Her 4:30 a.m. alarm sounds, and she’s out the door and in the gymnasium of her neighborhood’s high school several minutes before 5 a.m.

Inside are two precincts that she spent a few hours helping set up the night before, which means there will be two different groups of election judges and two different equipment managers. She doesn’t find out until she arrives that the other equipment manager—her counterpart, on the opposite side of the gymnasium—was a no show. At 16 years old, she gears up for the 15 plus hour day ahead of her, maneuvering back and forth between the two precincts, changing receipt paper, consolidating votes, running numbers.

Junior Julia Gladysz has worked election polls out of Cook County, Chicago since she was 15 years old. Originally finding out about the position through an email sent out to her high school, she and her best friend Grace figured it’d be an easy way to make a couple hundred bucks and skip school.

So they signed up.

After working as the entry level position of an election judge a few times, she decided to apply to be an equipment manager, a position that required more training and was only offered to people who were either 18 years of age or older, or who had worked previously as an election judge. The pay was higher, and though she had more responsibilities, she was prepared for the challenge.

The day the neighboring precinct’s equipment manager didn’t show up was her first day on the job. No longer able to take the long-anticipated lunch breaks at Panera Bread with her friend Grace, who was also working polls in a nearby precinct, she stepped into the reality of her new position. If she were to leave, no one else would be prepared to fix any of the equipment. More than that, though, she was one of the more experienced poll workers there.

“I remember I worked with this one nasty election judge, and she was trying to register a voter,” Gladysz said. “She was yelling at the people [from the hotline center] on the phone, saying, ‘It’s not letting me register them!’”

Gladysz described how she had to calmly approach this election judge and explain that “Howard” goes in one box and “Street” goes in another, and the computer can’t process it unless you write it in that way.

“It’s like customer service,” Gladysz explained. “You have to not lose it.”

Senior Courtney Hadra has experienced similar misgivings in her role of phone banking for Joe Biden with the Wisconsin Democratic Party, a cause to which she usually dedicates her weekends. In one phone call, she might experience genuine interest in political discussion, while in the next one, she could be called demeaning names from outraged people.

“It can be such a change of pace,” Hadra said.

Along with her role in phone banking, Hadra also volunteers as an intern for the Office of Children, Youth, and Families, a fairly new department under St. Louis Mayor Lyda Krewson. In this position, Hadra sits in on meetings regarding a number of different issues, from homelessness to policing to schools. Hadra is also working to collect data with a fellow intern on the juvenile justice system in St. Louis City.

Though Gladysz doesn’t intend to pursue politics in her future career, Hadra does.

“Eventually, I’d like to be a politician myself,” Hadra said. “I enjoy what I’m doing at the mayor’s office because I feel like I’m making an impact and actually learning.”

Political science professor Steven Rogers attended undergraduate school at George Washington University, where he experienced many different internships in the world of politics, all of which he used to figure out which career paths he did not want to pursue.

“Internships are good for work experience and networking, but honestly their most valuable thing is knowing: I do not want to do this,” Rogers said. “If you go out and get a job, you’re not going to quit the job after three months, you’re going to stick with it for a year or two even if it sucks.”

Rogers distinctively remembers one of his friends from college making the mistake of not “trying out” law before making it his career path, which he ended shortly after he started it.

“He went to Cornell Law, and was co-editor of the Cornell Law Review,” Rogers said. “[He was] highly recruited by many firms, and started making bank. But after two to three years, he was like, ‘I hate this,” and now he’s very happy as a high school teacher and administrator.”

Both Hadra and Gladysz agree that in their work it’s common for responsibilities that don’t technically fit the job description to come up. Gladysz is still working as an election judge, but now has the added responsibility of being responsible for the equipment, as well as making sure each vote is accounted for and delivering all the ballots at the end of the night to a specific center, accompanied by an election judge from the opposite political party.

Gladysz emphasizes that there are many checks and balances in place when it comes to election days, to ensure accurate and honest voting.

“At the end of the night, we’ll close up polls, and I drive to a specific center where you drop off the votes,” Gladysz said. “I drop off the ballot bag with the paper ballots and the computer results. It’s very specific what you bring, and it’s in a suitcase that I seal in front of everyone. Everyone signs off. That’s why two people are supposed to go, so I’m not changing the ballots in my car.”

Gladysz rolls her eyes at the absurdity of that proposition.

In addition to the countless signatures each election judge must write throughout the day, Cook County, like all others, requires equal representation by the judges. They’re given “Republican” or “Democrat” badges to wear, and equal amounts of them. This means that, at times, though Gladysz is a registered Democrat, she’s had to represent the Republican party.

“If a person came in with a disability, and they need help voting, they need me to read [the ballot] out loud to them,” Gladysz said. “They can bring someone with them, but if they don’t and request help, there needs to be a Republican and a Democrat judge they can [choose from].”

Gladysz’s motivations for continuing to work as an election judge have evolved over the past five years. Though there would be a six-month gap between elections, she somehow found a way to build up a community.

“Sometimes I feel like I’m in such a bubble,” Gladysz said. “And I think about how this is a very easy way to even see who’s in your community. And, I mean, you get paid. If you’re a broke college kid, do it.”

Rogers has noticed this “bubble,” as well, both within students’ lives, but also his own. In the classroom, he’s found ways to help other students become more aware of it.

Gladysz has seen how more people tend to show up for presidential elections, compared to others, and, for a number of reasons, has concerns for the upcoming election in November.

“I think the voter turnout might be even bigger [than in 2016],” Gladysz said. “I think a lot of Democrats were like, ‘There’s no way this nut job is going to win,’ and they didn’t vote. I think this year, we’re at such a crossroads. It’s going to be two completely different Americas that we can have for the next four years.”

One danger Rogers brought up, having to do with the discourse surrounding politics in America, is the idea of political hobbyism. An easy way of understanding this concept is comparing it with sports. Someone isn’t just interested in politics because of the issues, but because of the competitive edge.

“I’m going to concede, that’s probably part of my interest,” Rogers admits. “A little competition– Who’s going to win? Is my team going to win?”

Rogers understands that not everyone will be as interested in politics as he is, but he also pushes for people to at least, realistically, strive for a “minimum.”

“You don’t even have to watch the debates,” Rogers said. “Because sometimes those, as we have seen, are worthless. But just some level of engagement. I encourage people to be voting and maybe reading the candidates’ positions on issues. You can’t shut it completely out of your world, because politics is going to affect everything.”

Rogers explains how college is a unique time for exploring different ideas and issues. Most of the time, students have a little more freedom than when they’re stuck with a 9 to 5 or have a family to take care of. Before real life kicks in, students are cramped in dorms or apartments with classmates and friends off of whom they can bounce ideas. In some ways, it can most fundamentally help sculpt your political ideas, which Rogers admits is what happened to him.

Rogers says you have to decide “I’m going to have this debate with [my friends] Rich and Brett about how the U.S. Constitution outlines titles, so you can’t be ‘sir whatever’ in the United States, until two in the morning.” He laughs fondly of the memory, “We did debate that one time.”