SLU students concerned by the disappearance of the beloved dolphin fountains 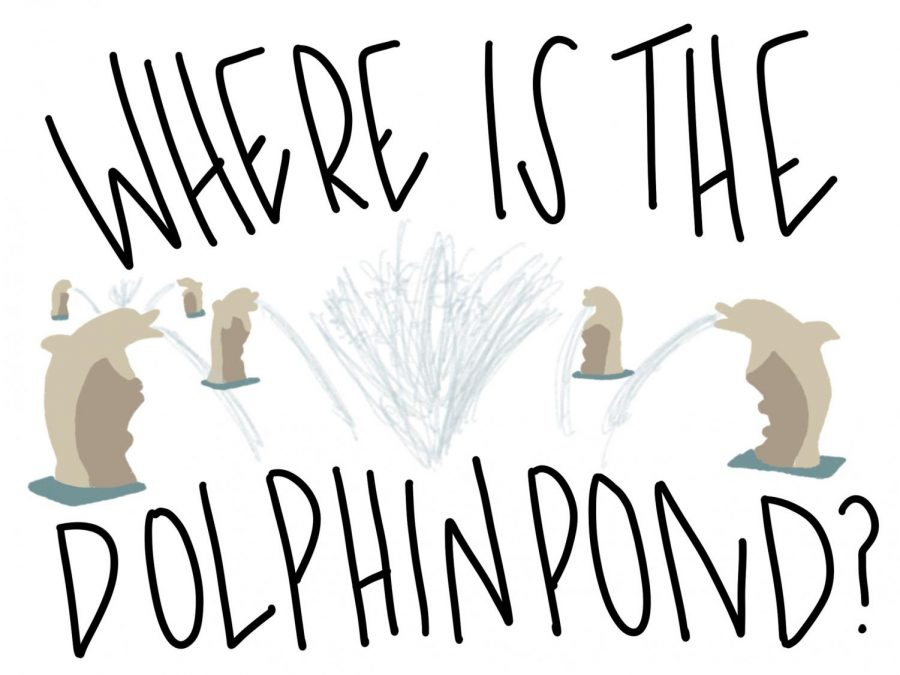 For twenty-six years, perched within a lovely campus fountain, seven magnificent dolphins continually shot water from their mouths back into the system’s inner workings. While many may wonder why such a seemingly random animal would choose to be showcased on SLU’s campus, the students cherished this place. There was even a long-held tradition that seniors, in preparation for graduation, would join their flippered friends for a dip in the fountain.

However, in 2018, SLU broke ground on a new 50 million dollar building, displacing the fountain. While much of the faculty and student body was thrilled by the prospect of the new Interdisciplinary Science and Engineering Building, many students were left to mourn the loss of the dolphins. Anticipating this concern, SLU directly addressed the issue in their announcement of the building plans.

They detailed the fate of the dolphins, saying that they “will be removed to make way for construction, but the seven concrete dolphins won’t be going away forever. They will be reinstalled at a later date in a new pond; either near their current home or another campus location. University administrators are discussing possible new locations for the fountain with student leaders.”

However, with the ISE Building now officially in use, and the ribbon cutting complete, students have one question on their minds: where are the dolphins now? There has been no talk of their location, the plans for relocation or whether or not they have been receiving severance packages. Jack Krone, a junior who holds many leadership positions on campus, has been very outspoken about the effects of this loss.

When asked how he feels the student body has been affected by the lack of dolphins, Jack said, “This pond meant a lot to a lot of people. Seeing adorable dolphins endlessly spitting water out of their mouths was always sure to brighten people’s day. When this pond was torn from the ground SLU’s campus lost something. Maybe we lost our sense of community, maybe we lost our sense of joy. I long for the day that I see this staple of SLU’s campus restored to its former glory. Until then, I will fight endlessly to see the Dolphin Pond be brought back to campus.”

These effects have also been felt by the incoming classes who never directly experienced the joy the fountain provided. Morgan Voissem told UNews, “As a freshman, I feel as if I’m missing out on something important. I have heard talk of the graduates swimming in the old fountain, and I had no idea watersports could include such wonderful company. I hope that one day I will be able to participate myself.”

For now, however, the student body will just have to await an official plan from the administration, and continue to send prayers that our dolphin pals will soon be restored to their former glory.