What’s Going On With The Chess Piece? 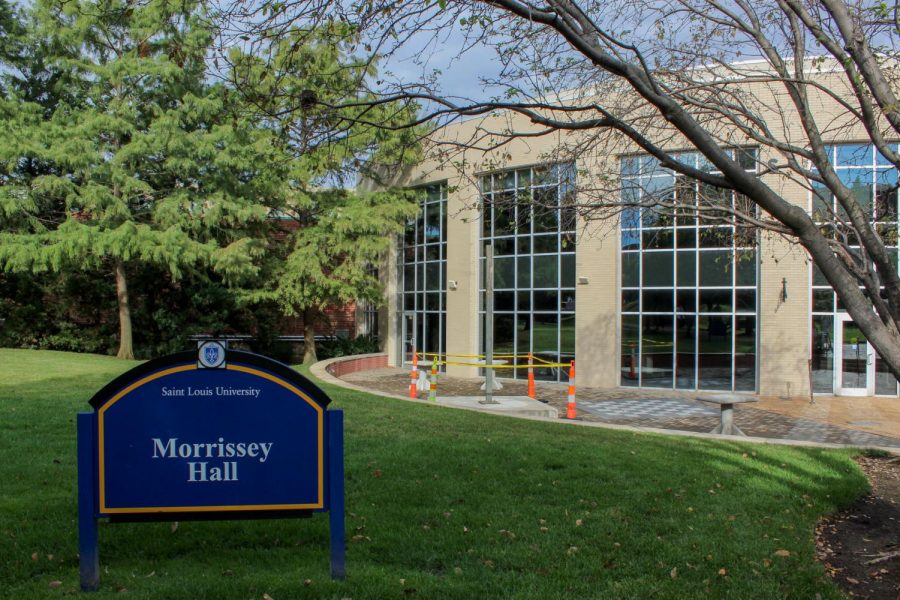 The most famous Chess piece that sits out front of Morrissey Hall has been removed.

The chess piece statue outside of Morrissey Hall is by far one of the most loved attractions on campus. Sitting outside the home of SLU’s very own chess team, it has a giant chess board with spots nearby to sit and play the game.

Not only is it a favorite for those currently attending SLU, but it also manages to capture the attention of all visiting families and potential students. “I remember visiting SLU with my family and seeing the chess piece. We all thought it was really cool,” said Tara Burke, sophomore.

Recently, many students and faculty alike have noticed construction being done on the chess piece. Then, the chess piece disappeared completely, with caution tape surrounding the vacant area. This has left many SLU members wondering: What is going on with the chess piece?

Initially, there was speculation that the chess piece was vandalized. One student, sophomore Kara Bruns, reported that she had noticed when the piece was still on campus that there seemed to be a large dent towards the top of the piece. She added, “I wish I did some personal investigating while it was still there.”

These concerns were put to rest by Bradley Storr, a SLU Construction Supervisor, who spoke with the University News about the current situation with the chess piece. It turns out that earlier in the fall semester, water infiltrated the finish of the chess piece and inflicted damage to the interior of the piece. Later on, there was a storm that caused the top of the chess piece to shift, making it unsafe for staff and students to walk past.

The chess piece has since been moved to a SLU warehouse for further assessment and planning. An estimated time of arrival back to campus is not currently known.

“We want to make sure that it is solid and safe to return to its pedestal,” said Storr.