Why Joe Biden Should Have Your Vote

Four Years Has Been Long Enough 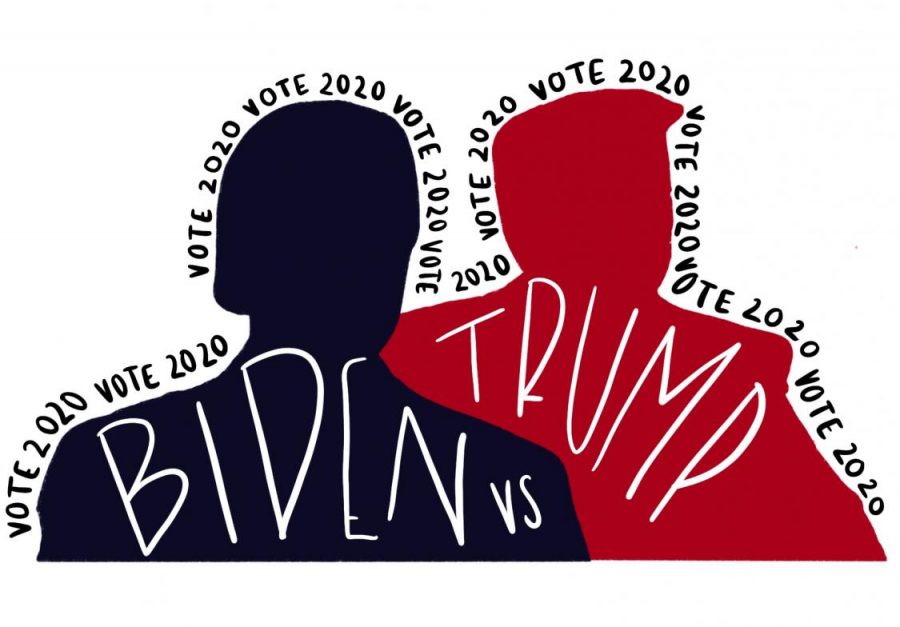 We’re in the final 100-meter dash to the finish line of this election year. This year is not like other election years—there are fire pits, booby traps, parachutes attached to the runners, and last but not least, every spectator has a knife. To say this election year has been wild, disorienting, and disheartening would be an understatement. From the tumultuous primaries to the nasty first presidential debate, it would be understandable why someone might feel too exhausted to vote.

Before Biden was the official candidate, I had supported Andrew Yang’s bid for the Democratic ticket. While I liked almost all the candidates, I thought that Yang brought the freshest ideas to the table. Obviously, he dropped out and Biden became the Democratic candidate. We now have a choice between two candidates, both of whom have been in the public eye for decades, in their own respective ways. There are many who refuse to vote for Biden based on his record as a Senator, and for good reason. He has voted in questionable ways before and has a controversial track record in terms of proposing legislation. For example, his 1994 crime bill ultimately helped contribute to mass incarceration and disproportionately impacted Black Americans. He has since apologized for the legislative mistakes he made as a Senator.

Despite his record, Biden should have your vote because this election isn’t just about him; it’s about the many movements that have gotten us to this point today. However, we should not be content with where we are. On the contrary, we should remember how much more work we still have to do.

On his campaign website, Biden lists 48 plans detailing how we can move these movements forward. At the forefront of the minds of many is finding a job and how they can pay their bills and put food on the table. Pandemic aside, good paying jobs are intertwined with many of our issues today. There are fewer and fewer good paying jobs for those without a college education, a demographic disproportionately made up of BIPOC, Rustbelt, and rural communities. The crushing student debt that usually accompanies higher education deters people who would normally consider going to college. Prior to the pandemic, many who weren’t able to afford higher education went into the oil and gas sector, especially if they were from Gulf Coast states like Louisiana or Texas, where they paid very well in the oilfields and rigs. But with the recession, demand to fill these types of jobs has fallen off a cliff.

Green energy is the future of energy production, as demonstrated by the clean energy transformation in West Virginia. Wind turbines have made inroads into the state to replace traditional coal mining, giving some former miners good jobs. However, this growing sector has faced stiff opposition from the coal industry. According to the American Wind Energy Association, 50-90% of wind turbine parts are manufactured in the United States, depending on the part. In 2019, green energy sector jobs were 2 of the top 3 fastest growing occupations with traditional oil and gas related job growth coming nowhere near that of green energy jobs, according to the Bureau of Labor Statistics. If Biden is elected, he has pledged that he will help move our economy away from nonrenewable energy with the goal of achieving zero emissions by 2035. Those green energy jobs that will be created by that shift will not only be key to the country’s economic recovery but also how America will become a leader and innovator in renewable energies.

We also saw what kind of person Biden was on the debate stage on Sept. 29. More than once, we saw him look directly into the camera and speak to the nation while the president attempted to talk over him. One of the most heartbreaking moments of the debate was when Biden spoke of his son Beau’s service in Iraq only for it to be completely brushed off by the president to spew conspiracy theories about his other surviving son, Hunter. Joe Biden addressed Hunter’s history of substance abuse after the president dragged it into the debate by saying, “My son, like a lot of people, like a lot of people you know at home, had a drug problem. He’s overtaken it. He’s worked on it. And I’m proud of him.” There is no greater love than a parent when they see their child in pain, especially when it comes to substance abuse. With these comments, the president further perpetuated the stigma that those who suffer from addiction are morally corrupt or deserve to be seen as lesser human beings undeserving of compassion and love.

For the sake of length, I listed only one of Biden’s 48 plans to help bring the country back to the path of constant progress. I encourage everyone to look at all of his proposed policies on his campaign website. However, even if Biden is elected to office, that doesn’t mean that we can stop the push for progress. Vote in your district’s midterms for Representatives, Senators, State Representatives, State Senators, and local officials. Real change begins there. Franklin Delano Roosevelt (FDR) was elected during the greatest economic downturn this country has ever seen. Today, the United States is experiencing a different kind of depression, but one that is just as damaging. This election leaves us with two options: either continue on our current spiral downward by re-electing Donald Trump, or elect Joe Biden to office in the hope of positive change.  During FDR’s acceptance of the Democratic nomination in 1936, he said:

“To some much is given. Of other generations much is expected. This generation of Americans has a rendezvous with destiny….I believe in my heart that only our success can stir ancient hope. They begin to know that here in America we are waging a great and successful war. It is not alone a war against want and destitution and economic demoralization. It is more than that; it is a war for the survival of democracy.”

Today, this quote is more relevant than ever. The threats we face as a democracy and as a people cannot be understated. That is why I am voting Joe Biden for President of the United States, and that is why you should too.