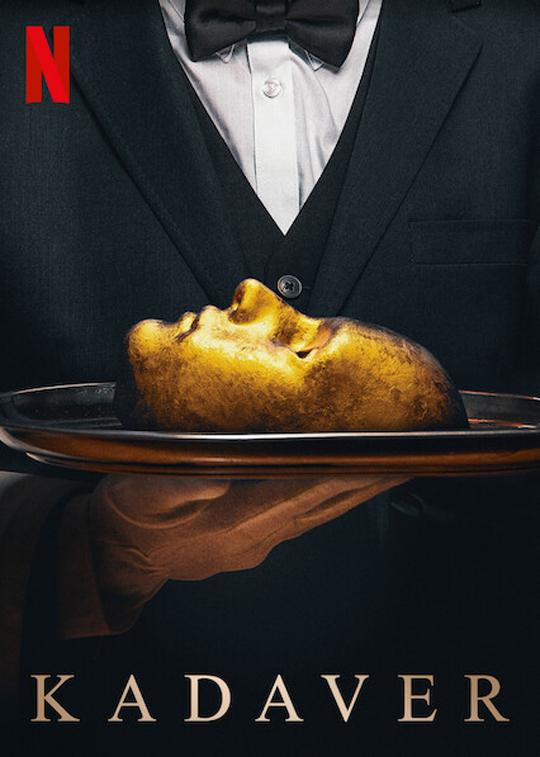 Given the lasting popularity of film genres like horror within cinema, finding new and original ideas for stories can become a very tall order. However, it is not only a matter of originality of these films, but also of quality. The Netflix International film, “Cadaver,” certainly does bring some freshness to the genre. “Cadaver” (Norwegian: “Kadaver”) is a Norwegian horror film directed and written by Jarand Herdal. It depicts a post-apocalyptic society in the aftermath of nuclear disaster, where famine is widespread. Leonora (Gitte Witt), along with her husband Jacob (Thomas Gullestad) and her daughter Alice (Tuva Olivia Remman), struggles to continue on within this cruel environment, until one day they receive an opportunity to attend a theatre night at a hotel run by Mathias (Thorbjørn Harr), where they are promised a free meal. The theatre event is interactive, spanning throughout the hotel, in which guests are enabled to follow whichever actor they choose and must wear a mask to distinguish themselves from the actors. However, after some time, it is revealed that this event is much more sinister than Leonora or her family had initially realized.

The premise of the film is certainly unique. What especially helps “Cadaver” in this regard is the ways in which the movie sets up the atmosphere and the world in which the protagonists live. The film does a good job of showing, not telling, especially regarding the city landscape where you can see run down buildings, dead bodies littering the streets and the fog that constantly surrounds the city. Life is miserable here, and the film shows it.

The cinematography also deserves praise for helping set up the atmosphere. The panning shots of the city emphasize how life in general has declined in this reality and the outlook of everyone is in despair. Conversely, the tracking slow motion shots of the hotel not only serve to establish the order of the hotel, but how unnatural and creepy the hotel actually is. The change in color scheme between the locations in the film also helps to keep them distinct. Shades of greys surround the city to emphasize the dullness of life, whereas combos of red and black within the hotel’s halls communicate a sense of imminent death within the hotel.

The clear stand out character within “Cadaver” would have to be Leonora. Gitte Witt’s performance conveys to the audience a mother who wants nothing more than her family, particularly her daughter Alice, to experience happiness. It is her belief of imagination and innocence that leads Leonora to choose to attend the theatre event to please her daughter, though at the end it is her resilience that makes her a character the audience wants to root for.

However, this is where “Cadaver” begins to fall apart. While Leonora is a great character, none of the other characters within the movie feel compelling. Jacob, Leonora’s husband, really only has one facet to his character—serving solely as a generic father—and lacks much of the complexity that makes Leonora interesting. Mathias, the antagonist of the film, feels somewhat similar to Jigsaw from the Saw franchise. However, the lack of a compelling backstory for his life outlook just makes him feel less captivating as a villain. The other side characters, like Lars (Kingsford Siayor) or Katherine (Maria Grazia Di Meo), are also just kind of there, not really engaging in any particular way.

The story, while unique, also gets rather predictable at times. From the very beginning when Leonora and her family are invited to the hotel for the play, there are all sorts of tell-tale signs foreshadowing what’s going to happen. They are given tickets at whatever cost they can afford, Mathias allows their daughter Alice to enter even though children aren’t initially allowed, and other attendees also reveal a differing experience about how they came to see the play. This information is communicated way too early on, leaving it no secret what is going on in the hotel. The film also ditches the “what is real” motif about midway through the movie, diminishing the intrigue of the story. Overall, “Cadaver” is a mixed bag. If you want to see something a little different, watch it. Otherwise, stay away.