Democracy Challenged: The Rise of Authoritarianism in the United States 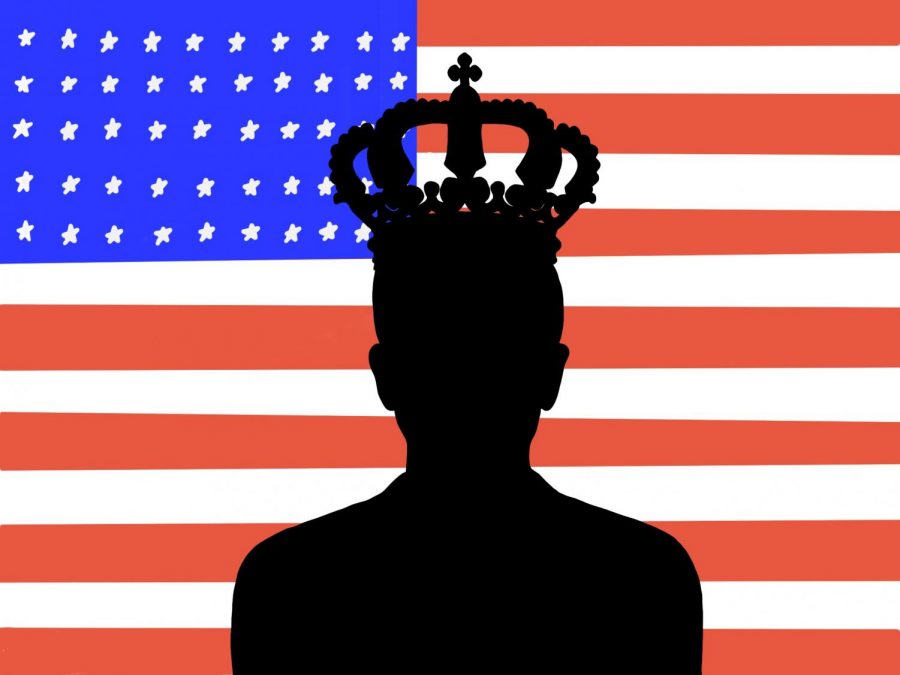 The political crisis impacting the United States has left many of us examining the vulnerabilities within our nation’s political system. More than two months have passed since the fiercely contested U.S. presidential election, yet the validity of its results continue to be questioned. Even now, as our nation transitions to a new government, it remains uncertain whether the political aftermath of Trumpism will continue to erode American democracy.

With democratization engulfing much of the world, and with the foundations of our country being rooted in democratic ideals, it is logical to think that the idea of the United States becoming authoritarian is far-fetched. However, the presumption that our founding principles would prevent a change in redefining them and what they represent is naive. “The notion that Western countries are clever and strong enough to both recognize and resist the grip of totalitarianism is a dangerous myth,” Téa Obreht said, author of “The Tiger’s Wife.” Obreht continues by saying that this idea is “a fairy story, if you will—one to which we are ironically susceptible, because being shaped by books like Animal Farm deludes us into thinking we are sufficiently armed.” The 1949 book “Prophets of Deceit: A Study of the Techniques of the American Agitator” by Leo Löwenthal and Norbert Guterman demonstrates the dangers of such a myth perfectly, by describing what they called the “authoritarian populist agitator.” The “authoritarian populist agitator” is a carefree politician who obscures ideological lines; taking advantage of political dissention, creating and demonizing the different ‘other’ and promoting conspiracy theories. The agitator, as Löwenthal and Guterman put it, encourages his followers to believe that the system is deceptive, untrustworthy, hypocritical and violent—the same criticisms that are ironically celebrated and praised when they are used as a way to further the agitator’s agenda. Not-so-coincidentally, this agenda is fueled by deception and hypocrisy, the very things that the agitator and his followers claim to condemn.

A contemporary example of this is the recent attack on the United States Capitol. A violent rampage, instigated by delusive and insubstantial claims of voter fraud by the loser, President Trump, demonstrates how an “authoritarian populist agitator” can trick his supporters into accepting the very situation that caused their social malaise in the first place. “They are invited, not to organize rational responses, but to act out their impulses,” Löwenthal and Guterman write. This makes the hypocrisy of Trump supporter’s reactions to last year’s Black Lives Matter protests more fathomable: Impulsivity, as long as it defends the underlying “us versus them” narrative, is, if anything, the only thing that truly justifies the ideological inconsistencies that are ostensible between Donald Trump and his supporters. Furthermore, it is not “violence” or “systematic deception” that Trump supporters deplore—if it was, my manager wouldn’t have commended the violent Capitol riot and described it as “patriotic,” while at the same time criticizing those who participated in BLM protests only eight months prior. Rather, it is the different ‘other’ that they condemn, the adversary that challenges their ideological confusion, the individual who threatens their “utopia.”

The political satire “Animal Farm,” written by George Orwell, was published in 1945. The fable, considered one of Orwell’s greatest works, criticized the history and rhetoric of the Russian Revolution, their perversion of ideals and their subsequent reconstructions of Russia’s insurrection. One of the most compelling features of Orwell’s fairy story is the abuse and manipulation of language that his allegorized characters employ in order to justify their behaviors—the very behaviors that they once condemned. I am embarrassed to admit that I only recently read this fable, but perhaps for one reason or another my consumption of it came at the perfect time. The abrupt changes in fundamental principles, the ones in which Orwell’s characters established their revolt on, seemed all too familiar. “America is, and must always be,” Donald Trump declared, “a nation of law and order.” Yet this fundamental principle, the one which Donald Trump based his entire presidency on, seemed to abruptly dissolve on Jan.6. “‘Law and order’?” Stuart Stevens said, a longtime Republican strategist. “Here you have a police officer murdered on Capitol grounds, and the White House doesn’t even acknowledge it. It’s incredible.”

I remember my high school civics teacher saying that “American authoritarianism” was an oxymoron. At the time I agreed. Yet, as I sit re-reading Orwell’s “Animal Farm,” I can’t help but wholeheartedly disagree with that statement now. There are too many things that Donald Trump and his supporters have done that resemble that of authoritarianism: Previous allies of Trump, such as Mike Pence, were suddenly being deemed frauds and untrustworthy because they wouldn’t help overturn the election results. Capitol insurrectionists exclaiming online that they “hoped to kill or wound the vice president,” and subsequently chanting “hang Mike Pence!” during the riot. Trump declaring all journalism to be ‘fake news,’ except, of course, the news that praised him. The striking difference in rhetoric and reaction towards the Capitol Hill riot and last year’s BLM protests. The contradictions in principle and the absence of logic. The condemnation of anything and everything that opposes Trump—or, as Löwenthal and Guterman put it, the different ‘other.’

“American authoritarianism” is not an oxymoron at all. It is a feasible reality that looms beneath our democracy; an impending threat that has redefined an entire political party. “The creatures outside looked from pig to man, and from man to pig, and from pig to man again;” Orwell writes, “but already it was impossible to say which was which.” Rereading the words “American” and “authoritarianism,” I can now safely (if not sadly) say that it’s impossible to say which is which, too.