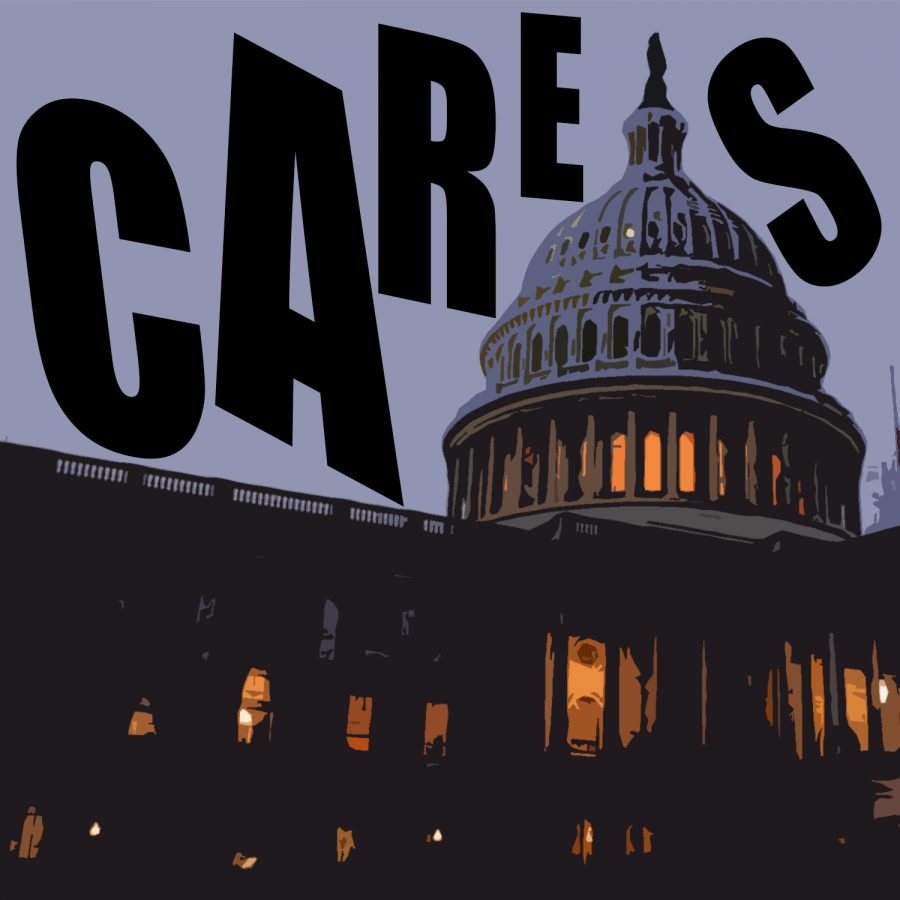 On Feb. 18, it was announced that SLU is expecting to receive a new round of Higher Education Emergency Relief Fund (HEERF) aid, part of the larger Coronavirus Relief and Economic Security (CARES) stimulus bill that was passed in March 2020.

With a price tag of just over $2 trillion, the CARES Act was the largest economic stimulus bill in U.S. history, and of that money, $14 billion was given to the Office of Postsecondary Education in order to create the Higher Education Emergency Relief Fund (HEERF).

The new round of funding comes after an announcement by the U.S. Department of Education in January that an additional $21 billion would be made available to institutions of higher education through HEERF II, the second iteration of the Higher Education Emergency Relief Fund.

The announcement was made by the acting U.S. Secretary of Education, Mitchell Zais, who encouraged institutions to use the funds to “support students who are struggling financially in the wake of this pandemic and to build IT and distance learning capacity for now and in preparation for the future.”

In the announcement to the SLU community regarding the new round of funding, the Vice President for Enrollment and Retention Management, Kathleen Davis, wrote that an additional $2.5 million would be provided to students demonstrating “exceptional financial need.” This portion of the relief fund is meant to address direct student financial aid, and SLU will be distributing the aid through immediate, need based grants, and “unexpected expenses” grants.

The need based grants are automatically distributed to Pell grant recipients, while the unexpected expenses grants, which are capped at $800, are awarded on a first come, first serve basis through the COVID-19 Relief Request application, which can be accessed through the Saint Louis University website.

Though the exact size of SLU’s HEERF II grant has not yet been announced, it is likely to be similar to the size of the first grant, awarded back in April 2020, of $5.14 million. During the first round of HEERF funding, $2.57 million went to direct aid for students, while the remaining half went to replacing revenue lost to housing refunds, which amounted to nearly $10 million.

The second round of HEERF funding comes at a time when SLU, like many colleges across the U.S., are struggling financially. Entering the pandemic after a record setting year for enrollment and projecting a budget surplus of several million, SLU projected a total budget deficit of $20 million for the 2020 fiscal year, entirely attributable to the impact of COVID-19. In an interview given to St. Louis Public Radio, SLU President Pestello estimated that the budget shortfall for fiscal year 2021 would range between $4-$8 million dollars.

President Pestello outlined some of the deficit reduction measures taken in an email to SLU students, faculty and staff last year, which included suspension of retirement matching, faculty travel and merit increases. In addition, SLU is in the midst of an academic portfolio review, which could potentially result in elimination of programs and faculty positions. As was the case for the first round of aid, the new round of CARES Act funding helps offset some of SLUs deficit issues, and extends assistance to students who need immediate relief, but it is only the start of SLU’s path to recovery.