The Future of Jesuit Hall at SLU 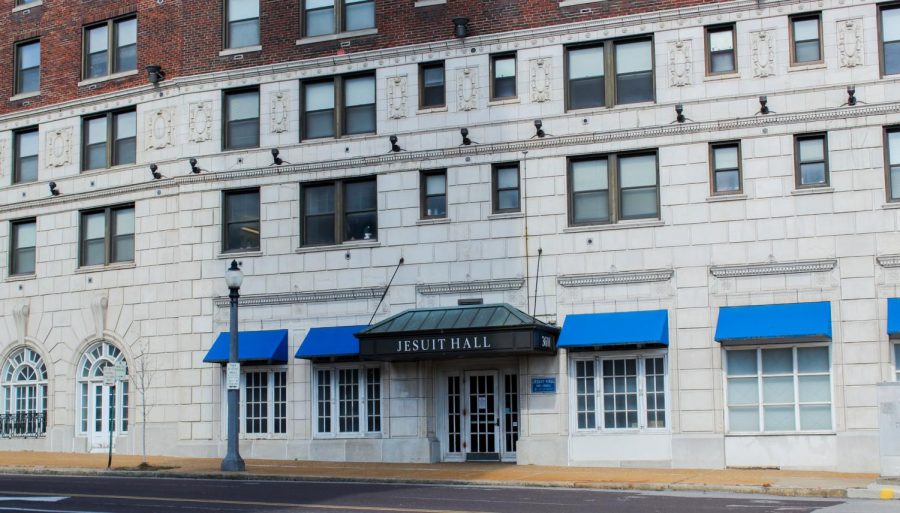 Jesuit Hall at SLU, located on Lindell Boulevard, has existed for one hundred years; initial construction was completed in 1921. Originally the building was known as the Melbourne Hotel, one of the nicest hotels within the Midtown St. Louis area. It was later purchased by Saint Louis University and served as a residential space and later a women’s dormitory, until an agreement in 1973 between the Jesuit community and SLU for it to become a residential space for Jesuit members in the SLU community.

As time has gone on and the hall has continued to house individuals for a century, normal wear and tear has occurred. Recently, Neighborhood Properties of Clayton have bought the building with plans to rehabilitate the building and update its systems. While only approximately 65 people live in the building currently, maintenance and repairs will expand the housing capacity.

The exterior of the building is to remain the same, and the current plan is to turn the hall into an apartment complex, adding retail spaces on the street level of the building and a parking lot. In addition to Jesuit Hall itself being changed, there are also plans to have a second apartment complex made with a corresponding parking lot and retail on the street level.

Fr. David Suwalsky, S.J., Vice President of Mission and Identity at SLU, commented on the development of Jesuit Hall at SLU: “ It’s going to bring a lot of people into the Grand Center Arts District in Midtown here. And I’m sure they’ve got it in their mindset, a number of those people would be students.”

Although the Jesuit Hall at SLU on Lindell will become a changing landscape for the Jesuit community present within SLU, a new residence hall for the Jesuits with additional spaces is to be built on SLU’s north campus. This new residence hall would include private, solely residential halls that could house 20-25 Jesuits within the SLU community and a chapel and dining hall for the residents. Suwalsky spoke on the importance of a more present Jesuit structure on campus, stating: “We really want the Jesuits residents’ [place] to be seen as a place for hospitality and a strong supporter of the University’s mission….There has been a Jesuit community at St. Louis University since 1829. And so this is just an opportunity for us, both the university and for the Society of Jesus to assert that the Jesuit community is part of the fabric of the university.”

Currently, fundraising is occurring for the new Jesuit Residence Hall on campus, and the Jesuit Hall on Lindell is to start site preparation by the end of February. Both projects are on a similar timeline, with hopes for both communities to be completed and ready by spring of 2022.