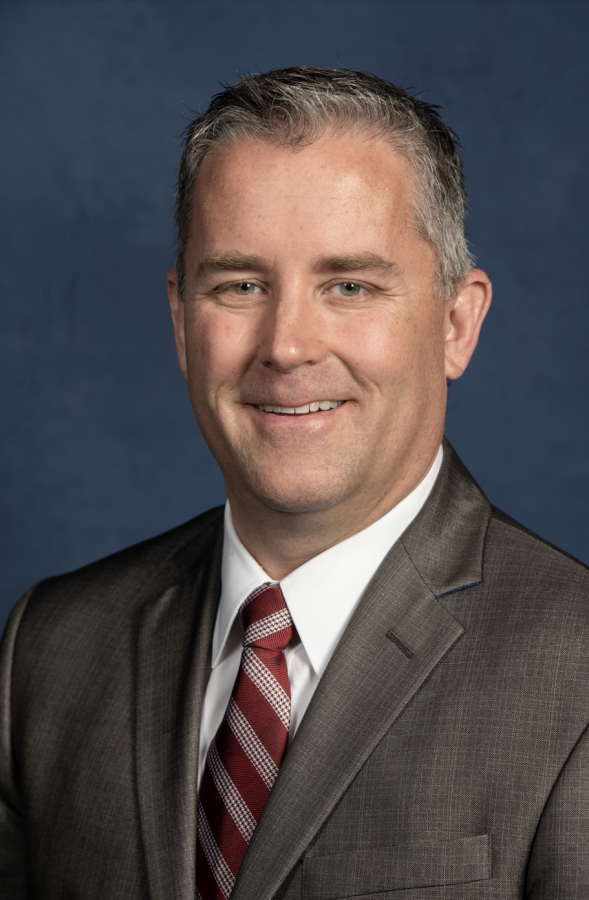 On Feb. 17,  Michael Lewis, Ph.D., was officially appointed as SLU’s newest provost after serving as interim provost from July until his promotion this month.

The provost plays an essential role in setting and achieving the academic goals of a university. Reporting directly to President Pestello, SLU’s provost works closely with faculty and the deans of the academic departments, ultimately serving as the institution’s chief academic officer.

The search committee that suggested the hiring of Lewis emphasized finding a candidate that showed dedication to “diversity and inclusion,” “transparency and confidentiality” and “our Catholic and Jesuit mission and identity,” according to an email sent by the search committee.

Chaired by Jonathan Sawday, Ph.D., of SLU’s English department, the search committee was composed of representatives from the student body and the university administration, among others. In addition to these individuals, outside search consultancy WittKieffer was also employed to ensure a diverse pool of applicants. After much deliberation, President Pestello chose Lewis to serve as SLU’s new permanent provost.

Although he has lived in the midwest for over 17 years, Lewis is originally from Halifax, a city in Nova Scotia, Canada. “My undergrad is from Saint Mary’s University, a smaller mostly undergraduate university in Halifax,” said Lewis. “After Saint Mary’s, I decided to do my Ph.D. at the University of Missouri in Columbia,” where he eventually met his wife.

Despite initially teaching as an associate professor in the department of chemistry, Lewis eventually began working in the university’s upper administration. “There was a new interim provost, Ellen Harshman, and she was looking for an associate provost for faculty affairs and development,” said Lewis. “At that time, I was heavily involved in the Reinert Center’s faculty mentoring efforts and I really enjoyed that.”

Through colleagues at the Reinert Center, Lewis was ultimately led to Harshman. “I think it started with me reaching out to Ellen,” Lewis said. “Whichever direction it was, Ellen and I met and hit it off. I really liked the description she had in mind. I liked the opportunity to create something new or move into a new position and help define it. And so I said yes.”

Over time, Lewis gradually moved away from his position in the department of chemistry. “It was something I thought about each year, what did I have time to do,” said Lewis. “I’m confident that this was not the plan eight years ago, but I did what felt right at the time and this is where it has led me.”

After almost a decade working as an administrator, Lewis has filled several other important roles, including interim dean of the College of Arts and Sciences and interim and acting provost.

Although numerous challenges are associated with operating a university, Lewis maintains that COVID-19 has been a particularly arduous obstacle for both SLU and his work as provost. “I do think that this last year has probably been the most challenging,” he said. “The week where we had to decide to pivot to fully online, at a university that is not built to be online, that was a big step at the time. That was a hard discussion.”

Luckily, Lewis has not been without guidance in his time at SLU, both in his teaching leadership positions. “One mentor was Chuck Kirkpatrick in the Department of Chemistry and he was wonderful…people in the provost office have also taught me so much since I’ve come on,” he said.

Lewis is particularly fond of the updates being made to the campus. “I really like the new science building and the renovated Shannon Hall,’ he said. “We have a really beautiful campus.” Lewis also enjoys eating at Pickleman’s for lunch.

Like many college campuses around the nation, SLU is facing complex social and financial situations amidst a deadly pandemic. Unwavering, Lewis is eager to continue his work with the university and improve our faculty and student body’s well-being.

“I’ve been very blessed to meet so many great people,” he said. “I’m very excited to be in the job.”