The Bandana Project Comes to SLU 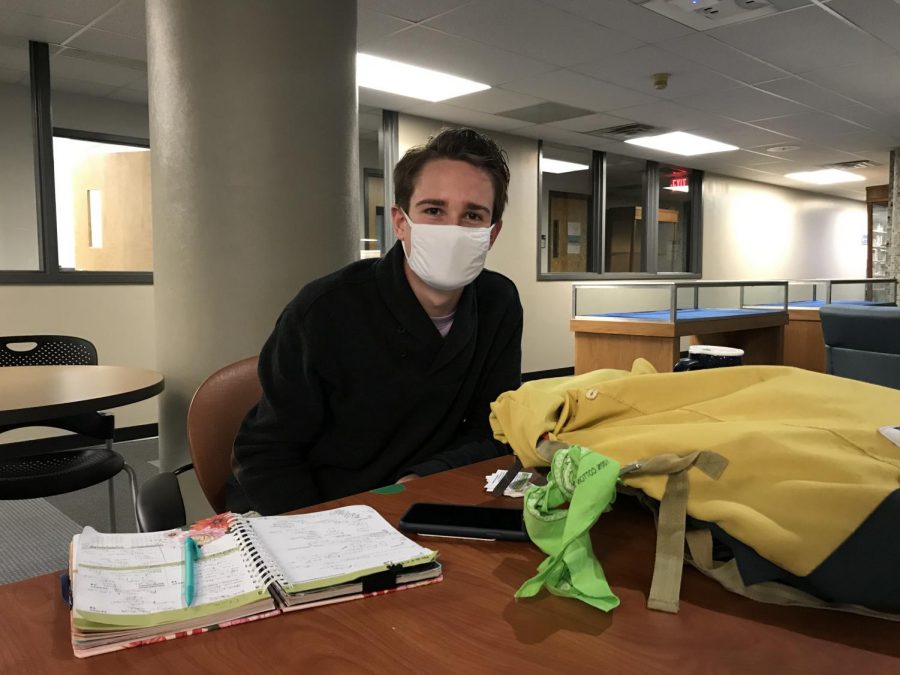 March 2021 is just over a year since the first confirmed COVID-19 death struck the United States. Since then, life has become drastically different; classes are either partially or completely online, and our social lives remain largely static as many worry about infecting ourselves or others with the virus. Each day we are met with countless unsettling statistics about new cases and death counts. Adding to our unnerving new reality is the rise of political unrest that continues to shake the nation, with social justice movements taking particular aim at police brutality and increases in hate crimes. Amongst all this turmoil is another problem that has seen extensive growth since the onset of the pandemic: deteriorating mental health.

In a time when Americans are spending more and more time indoors without social contact, the negative effects on mental health are becoming apparent. In fact, a report by the US Census Bureau showed a 31 percent increase in people reportedly experiencing symptoms of depression or anxiety between December 2019 and December 2020. Unfortunately, mental health is a topic still somewhat stigmatized and its importance is often dismissed or erroneously discredited, despite growing efforts to encourage awareness of it.

Thankfully, many students at SLU are making an effort to change this reality. The Bandana Project is a multi-campus, student-run project aimed at providing student-to-student mental health support to those at SLU and other participating universities. The project was first conceived and employed at the University of Wisconsin-Madison before making its way to SLU’s campus thanks to SLU student Dan O’Connell. O’Connell, a junior at SLU majoring in psychology, took the first steps in getting the project established on campus.

“I reached out to the people at Wisconsin to see how we could get it started at SLU, and they sent us a packet of information about how they went about starting theirs,” said O’Connell. “So, we got an official executive board together and, because I had been doing so much background work with it, I became the official director of our program at SLU.”

The project is designed to work on a student level, making use of volunteers, or “advocates,” that wear green bandanas. According to the project’s website, the bandana “indicates that [the advocates] are a safe individual to approach with mental health-related issues, that they know where resources are, and that they hold a few resource cards…”

Advocates for The Bandana Project at SLU carry “resource cards,” which are paper or electronic business cards containing the phone numbers of various SLU-specific or national mental health resources. Furthermore, they contain instructions that dictate how to make a 9-1-1 call concerning a mental health emergency. In addition to mental health resources, the Project is aimed at cultivating a reassuring atmosphere on campus by using the bright-green bandanas as visible identifiers of understanding individuals ready and willing to help those in need.

As a wellness initiative, The Bandana Project at SLU falls under the jurisdiction of SGA’s Wellness Committee. So far, the project has been met with widespread support by both SGA and students on campus. “Joseph Reznikov, the current SGA President, is also on the Wellness Committee and he’s been super supportive of it and was one of the first people with a bandana,” said O’Connell. “When he sent an email about it [the project], that day we went from 160 people to double that.”

Another major objective of the project is to be able to support all individuals, including minorities and those of different backgrounds. “The university administration often says we have one of the most diverse counseling centers, which is probably true but it’s still not good enough,” said O’Connell. “The fact that we have all these diverse students now wearing bandanas helps with that.”

So far, the project has recruited over 385 SLU students to serve as advocates, with 700 total bandanas, funded by SGA. O’Connell and his team believe that students will continue to join the project, hoping to get the majority of campus involved.

As the nation navigates through the complex social, economic and pandemic-related situations it currently faces, developing the time and resources available to help improve the campus’ well-being is becoming increasingly important. The Bandana Project and its advocates hope to assist in this adversity going forward.