On “ROADRUNNER”, BROCKHAMPTON delivers their most eclectic yet optimistic album to date. 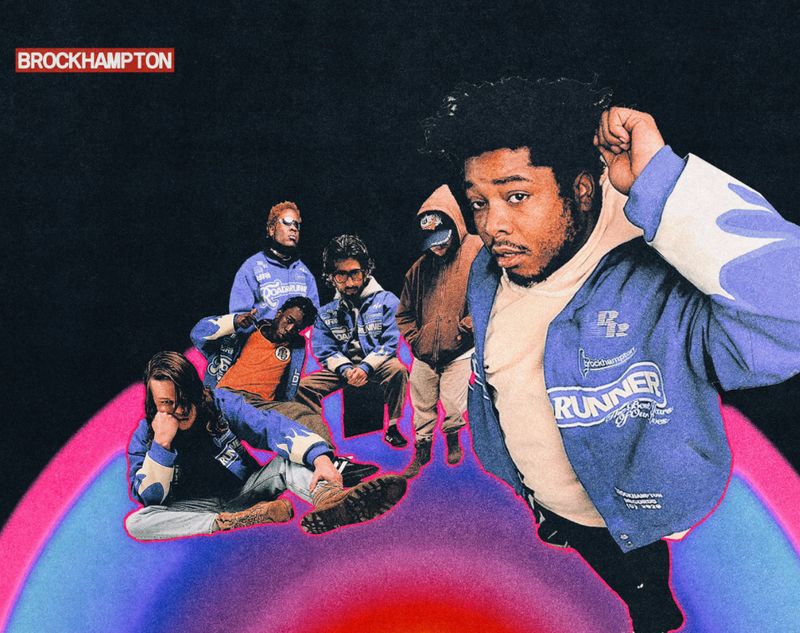 Photo Courtesy of Far Out Magazine

As a group, BROCKHAMPTON has been through hell and back. Whether it was the emotional turmoil of kicking a close friend out of the band, family members passing or coming to terms with being ostracized by family members, the core members of the band have been through lots. In their music, they have never shied away from addressing these topics, and even dedicated a whole album to this struggle on “GINGER.” Two years later, the band continues to wear this honesty on their sleeve on the group’s most recent project, “ROADRUNNER: NEW LIGHT, NEW MACHINE.” “ROADRUNNER” is a testament to their versatility and showcases a glimmer of hope in a difficult time.

The band has never been afraid to venture into gritty and abrasive sounds— whether on the “SATURATION III” single “BOOGIE” or the “iridescence” album as a whole— and here, they continue their hot streak of nailing the sound. “BUZZCUT,” the lead single for the album, features a wonky lead synth akin to a siren that is driving the song onward as Kevin Abstract and featured artist Danny Brown rap about how their relationships have been heavily altered by their rise to fame.

This sound also continues on “DON’T SHOOT UP THE PARTY,” an album standout. As Kevin opens up the song with “All-American self-hatred runs deep,” the G-Funk inspired production kicks in as the band raps addresses societal issues on racism, homophobia, gun violence and mental health, singing in the chorus “Don’t shoot up the party / Don’t shoot up the party, please, please.”

The impact that fame has had on the band is apparent throughout the album, being most apparent in “WHAT’S THE OCCASION?” and “BANKROLL.” With “BANKROLL,” featuring two members of the A$AP Mob (A$AP Rocky and A$AP Ferg), the band shares a new perspective on life as they’ve become richer with fame. Over eerie trap production, the band and guests venture into sex, drugs, partying and how fame becomes a ticket into as much access into these aspects of life as they want, noting that it’s not as exciting as it seems, referencing the 2017 film “Get Out” when saying the “Sunken place is always comin’ in your dreams” with this lifestyle.

“WHAT’S THE OCCASION?” continues to evoke this “partying” image but in the context of death, diving into the loneliness that comes after the passing of a loved one. Over a melancholy guitar, member Joba reflects on the loneliness following the passing of his father, whose suicide Joba has opened up about before. This emotional pain of losing a family member is heard throughout the album, most deeply in “WHAT’S THE OCCASION?,” “THE LIGHT” and “THE LIGHT II,” and is the core emotional pain worn on the sleeve of the band in this record.

Yet this pain is also met with a sense of optimism and hope. “THE LIGHT,” on the album, serves as a metaphor for a sense of optimism in despair. Light, in this album, gets discussed as a form of life-giving hope, akin to the way it is viewed in religion––reflected in Kevin’s reconnection with his staunchly-religious mother on “THE LIGHT II.” This light isn’t easy to get, though, and takes a lot of strength; Kevin admits this when he raps “Have empathy, even when it burns / But I hate that she got me in a box, expectin’ me to see the light,” in reference to his mother’s refusal to accept his sexuality.

The eclectic themes and topics outlined above is where the strength of the album comes in. BROCKHAMPTON, as a band, has never shied away from talking about the darkness in life. Yet this emphasis on the brightness, the light in life on “ROADRUNNER” is a breath of fresh air for the group, even if the light is still marred by the dark that they’re trying to escape. And while Joba admits it’s something he’s chasing at the moment as he sings “Something’s missing deep inside,” that hasn’t stopped him or the band from giving up hope on the light.

Best Tracks: BANKROLL, THE LIGHT / THE LIGHT II, DON’T SHOOT UP THE PARTY