Chastity is No Joke to these Jokesters 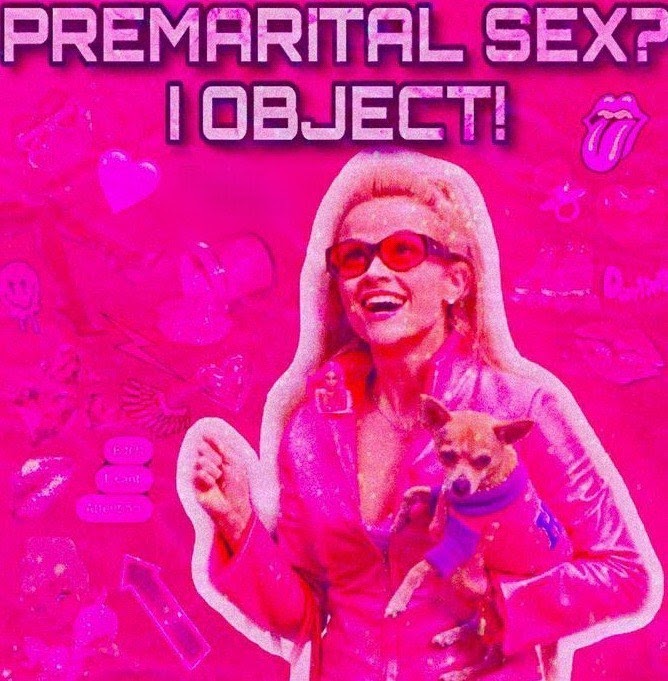 Kristen Clark and Bethany Beal of Girl Defined have garnered a lot of enemies with their sugar-coated preachings on purity culture. Among the latest in their list of blocked Instagram accounts is a group of SLU students promoting chastity through the power of memes.

The Saint Louis Virginity Club (@sluvirginityclub) popped up on Instagram on Jan.19 with a post asking their new followers to “tag two people who want to wait till marriage with each other.” Around this time, virginity clubs were popping up at several universities, and the admins for this new page were taking matters into their own hands. Over the following week, the page gained recognition across the SLU community. Soon, students were eagerly awaiting their potential merch launch, reposting their lists of “essential dorm items to avoid sexual promiscuity” and competing for their chance at “virgin of the day.”

On the outside, it was all fun and games. However, the admins don’t entirely see it that way. The one topic they take seriously is protecting their anonymity. For this reason, their followers, including myself, only know them as admins one through eight. According to admin one, the jokes are vessels for a modern commentary on religion and purity culture. “We use humor and jokes to make our content more relatable to other students and to make the topic of purity easier to discuss without the immense pressure surrounding it.” Additionally, admin three said it is more personal than most would like to believe, saying “it’s kind of funny to make hopefully relatable jokes about our virginities.” They went on to say that “a lot of people think it is all a joke, which I guess does it an injustice, but that is on us.”

Their methods of communicating this message have taken many forms, including pie charts of the leading causes of fornication (where societal pressure ranks highest at 31.4 percent), instructions on how to prepare for the potential existence of Ryan Reynolds and lists of the most virgin states to be from. However, among the most definitive aspects of the account has been dubbed their “glitter memes.” These oversaturated, blinding edits, mostly of cartoon characters and celebrities, have become a staple in the Virginity Club’s output, often putting out ten at a time, with puns about virginity that only such minds like the Virginity Club could come up with.

“So the glitter memes didn’t really have a set inspiration to them at first, we were honestly just experimenting with different editing tools and apps,” said admin one. “One admin came up with the early glitter meme that was just a picture with some simple glittery text. From there we kept making glitter memes relating to virginity and learned how to saturate them! We actually use three different apps to saturate a glitter meme before posting!”

But while the form of their messages change from post to post, the overall satirical sentiment on remaining pure is what strings them all together. While the SLU community’s response to the page has been generally positive, as a Jesuit institution, the Catholic community has shown a mixed response. “We’ve received some harsh feedback yet we know how to stand up for ourselves,” said admin two. Admin eight recalls one particularly harsh message. “It was actually pretty mean, but I understand why they sent it.” Admin seven even remembered a message that made them cry. But offending has never been the goal. “I understand why it can be seen as offensive, but I really hope everyone knows the Virginity Club is all meant in good spirits,” said admin three. When asked about those who have criticized them, they said “your reasons are valid, but we do this so we can say, like, ‘hey, it’s cool to be a virgin.’” Admin five went on to take responsibility, “we’re sorry, we hear you and maybe need to take a second to figure out, as admins, how we can be fully responsive to the needs of the entire community,” while admin two maintained that they “are always open to addressing any concerns people have.”

Their critiques of these traditional religious values run more than skin deep, as six of the seven admins identify as Christrian, four of whom identify as Catholic. “We do make a lot of jokes but, at the end of the day, we want to combat the stigma around virginity,” said admin one. “It may appear confusing, since a lot of things we have openly voiced we believe in on our page may contradict the same literal teachings that the purity culture comes from, but we want to use our humor to make virgins feel as if they are in a safe environment.”

One of the largest voices in this environment comes from freshman Don Parker, a devout Catholic who was awarded the honorable title of “Virgin of the Year.” Parker has become somewhat of an icon in the comment sections of several meme pages on SLU’s campus, but the Virginity Club, to him, is different. “My favorite part about the club is the ambiguity,” he said. “It’s up to the individual to determine whether or not it is satire, all while promoting a respectable goal: don’t go around having irresponsible sex. I think that’s a morally responsible idea. No one wants a kid right now so why rely on a balloon? I’m slowly working on getting the admins out of their shell and making this club legit because I genuinely enjoy this community, satirical or not.” Parker also celebrated them for their inclusivity, saying “if you’ve already done the cupid shuffle you can become a ‘born again’ virgin.”

While offering a more theological perspective, sophomore Clare Ni’Shuilleabhain also approves of the page, while qualifying some of its messages. “It is a common misconception that Catholics hate sex and think it’s bad. The reality is the Catholic Church loves sex, so much so we hold it to the highest honor—an honor to be shared between two people who have committed to laying down their lives for each other.” While she worries that some young college students could read some of the jokes on the page and believe them to be true, thus causing harm to their self-worth, she says the page is no cause for concern. “I think they do a really good job at making it obviously hyperbolic. It is an account made in lightheartedness, and although I do not follow it I have laughed at some of their posts myself. I do not believe this account is evil or sinful.”

Sophomore Danielle Nixon also enjoys the page, but for different reasons, claiming that “they point out some hypocrisy and controversy that the Catholic Church, and all christianity, prioritizes virginity too much and focuses too heavily on purity culture, which perpetuates shame and can affect some people for a lifetime.” Sophomore Anastasia Hanonick, who was once awarded virgin of the day, wrote about her experience with purity culture in a recent op-ed for the University News. She also appreciates this take. “I am very much a fan of satire and I think it’s an excellent way to get people to talk about difficult concepts, especially surrounding ones that people have negatively endured. I like how they took all these terrible things I was taught as a kid and turned a huge joke out of them in the best way possible.”

But such a group does not rely on the needs of that community, as the community they’ve built around their humor has been the driving force that keeps them moving forward. “When we feel pressure to give up,” admin seven said, “we feel like we have too large of an audience to stop making content.” Admin eight even got their family on board, saying “my mom actually found out I ran the page, she’s a fan though.” Admin five cited this experience as “one of the highlights I’ve had at SLU and is something I will never forget.” Addressing their followers directly, admin one said “running this page has its ups and downs but we do this for you guys and to hopefully put a smile on your face if you are having a bad day!”