“Shang-Chi and the Legend of the Ten Rings”: Disney’s Newest Avenger 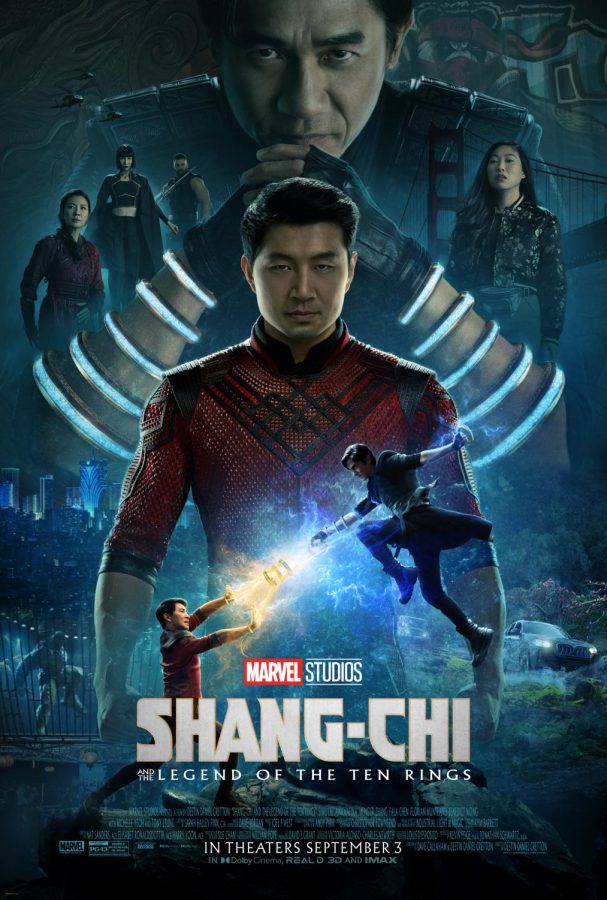 After COVID-19 halted the filming process for the new Marvel movie in February 2020, the anticipated “Shang-Chi and the Legend of the Ten Rings” finally hit theaters Labor Day weekend. The talented cast—consisting of Simu Liu, Akwafina, Meng’er Zhang, and many more—received countless positive reviews from critics and hit a 97% on Rotten Tomatoes. The film follows Shang-Chi (Simu Liu) as he is forced to face his traumatic past after he is ambushed by his father. Shang-Chi faces many internal and external struggles as he works together with his sister Xu Xialing (Meng’er Zhang), to fight the evils from their childhood all while uncovering secrets of the past.

There were a few aspects to this film that made it stand out from the rest of the Marvel lineup. First, this movie is a big step toward Asian representation in film, and more specifically the Marvel Cinematic Universe. Simu Liu is the first to play an Asian superhero lead, and Marvel recently announced that he is the first Asian Avenger. Aside from Simu Liu’s impact on representation for this film, the director, Destin Daniel Cretton, also made it a point to include Mandarin in scenes of the film. In the film, both Shang-Chi and Xu Xialing are raised learning to speak multiple languages, so it was only fair that Mandarin was able to make its way into multiple scenes (with English subtitles for the non-Mandarin speakers).

Another impressive aspect of the film was the incorporation of martial arts and its authenticity. Prior to this role, Liu had little experience with kung fu, but he partook in rigorous training so he was able to play his role with full authenticity. Kung fu is one of the richest parts of Chinese culture, so it was phenomenal to see a Marvel movie bring its importance to the big screen.

Some people could argue that the best part of the film was the relationship between Shang-Chi and Katy (Akwafina). Akwafina has previously been praised for humorous roles in “Crazy Rich Asians,” “Jumanji: The Next Level,” and the recent Disney movie, “Raya and the Last Dragon.” Her part as the amusing best friend was played perfectly. Although it’s typical to see superhero movies end with a love interest, the relationship between the two remained platonic. Even though Katy served as the sidekick who helped Shang-Chi in his familial struggles, she was also able to grow into herself and shape her identity, considering it was something she had struggled with in the past.

All in all, the inclusivity, representation and overall cultural themes were eye-catching throughout the whole of the film. The film most certainly exceeded all expectations for Marvel fans and is definitely a must-see in theaters.