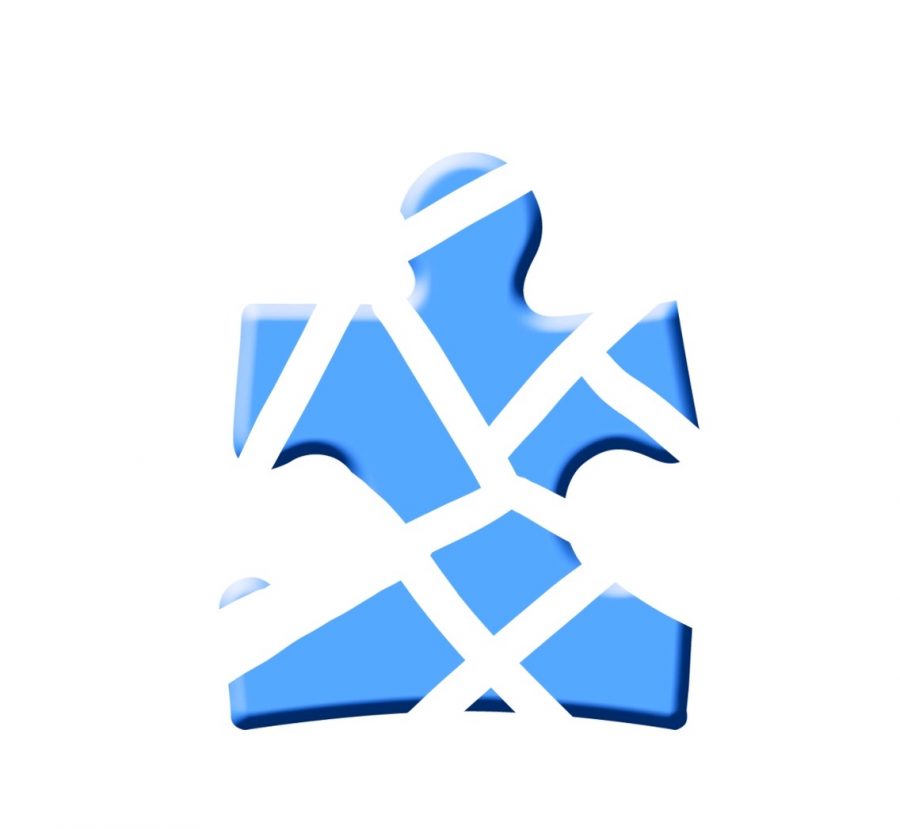 Last semester, I signed up for a special topics night psychology class on applied behavior analysis. It seemed to be an interesting type of therapy and I needed another psychology class. After the first two classes, I had a horrible feeling.

Applied behavior analysis therapy, or ABA, is the leading therapy for children with autism who experience self-stimulating behaviors, also known as stims. Stims are behaviors ranging from biting nails, cracking knuckles, leg bouncing and twirling hair. We all do it. I, for one, am a knuckle cracker. For people with autism, stims can even escalate to headbanging and hair-pulling. These actions are meant to calm, give a sense of control and make distractions easier to manage. Yet, applied behavior analysis therapy uses a reward and punishment system to stop neurodivergent people from doing this natural human function. They do this by teaching to mask rather than teaching to cope.

Masking is when a neurodivergent person tries to act like a neurotypical person. My sister does this by scripting when she would say “um” in a conversation and colloquially put it as “It feels hella weird.” More professionally, “It takes a lot of time and it is very stressful just trying to sound normal.” According to Healthline, it’s hiding who you are and how you feel to avoid mistreatment. It’s faking eye contact (something they often train you to do in ABA therapy), minimizing interests and mimicking gestures, all to go unnoticed.

Patients should focus on the development of coping strategies to deal with their stims, while ABA therapy simply covers it up with a reward rather than solving the problem. Though it may be the most efficient way to stop the self-harming behaviors,  positive reinforcement is how you would train your dog, not how you help a child. In my sister’s words, “It’s kind of crappy treating humans like pets.” Instead of developing the necessary coping strategies, caretakers spend 10-40 hours a week (usually 2-3 hours a day) teaching children to mask. Neurodivergent children shouldn’t be taught how to mask their way into the neurotypical world. They should instead be learning how to best make the world work for them. Also, for me, therapy once a week is completely draining, let alone for hours every day.

In this type of therapy, the child’s hunger, thirst, need for attention or a certain calming toy will be completely ignored until they do or stop doing whatever behavior they are exhibiting. What if your roommate wanted you to do the dishes and wouldn’t talk to you until you did? That would make you feel worthless and hurt regardless of their intentions. It might also teach that it doesn’t matter what you want to do with your body, you must stop and do what they want or tell you to do. That seems a lot like ignoring consent and not teaching bodily autonomy as it should be.

It’s unethical to force kids to undergo hours of intensive work where they have no control. According to Brené Brown, a Professor of Social Work,  “Part of trauma is a situation, an environment, over which we have no control.” That sounds like ABA therapy to me.

As a psychology major, I am always interested in learning different facts and hearing stories about people’s experiences with therapy. My TikTok For You Page can sense it. As such, I get many #abatrauma TikToks, which talk about how the use of rewards rather than intrinsic motivation created long-term negative effects and left the creators unable to do basic tasks without a therapist there to give them a piece of candy.

In the book “Punished by Rewards: The Trouble with Gold Stars, Incentive Plans, A’s, Praise, and Other Bribes” by Alfie Kohn, who lectures widely on psychology and education, writes: “behaviorism is by its very nature dehumanizing… the human self has been yanked up by its roots and the person reduced to a repertoire of behaviors.”

ABA therapy dehumanizes the patients and their behaviors to something that needs to be “fixed” so they can “fit in.” I am vehemently against this type of therapy as well as the continuation of training new ABA therapists. In the class I eventually dropped, we watched a video of a neurodivergent child stim, which was a private event, should not have been recorded, and is not educational. We also learned how a therapist used applied behavior analysis to stop this non-harmful stim using positive reinforcement or giving a reward when the child stopped the behavior, thereby teaching the child to mask.

I dropped the class because at the time I couldn’t handle fighting a teacher every class period, but looking back, I regret not fighting and allowing this class to get indoctrinated with these ideas. SLU has a whole masters program for teaching people to spread this traumatizing and damaging therapy and it needs to be stopped. SLU had no problem dropping several majors and minors, why should they have a problem stopping the support of something that has a high potential to be harmful?

I am an allistic (non-autistic) person, and that means I should not be leading this conversation. Listen to the voices of those who have negative experiences with ABA and remember that regardless of what an ABA practitioner says of their therapy, autistic adults that have been through it call it abuse, and I listen to survivors.