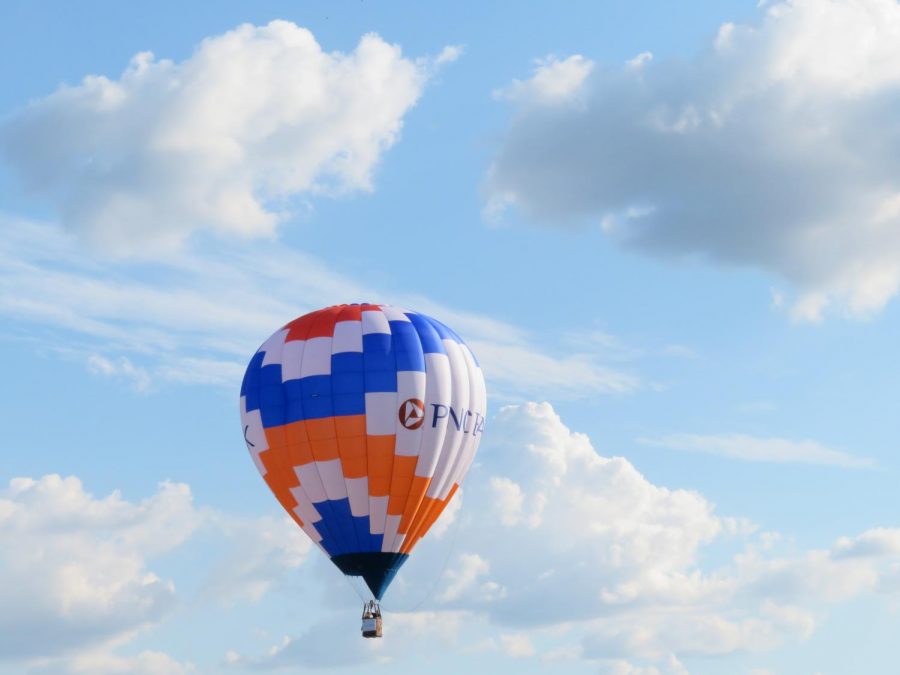 In the wake of COVID-19, The Great Forest Park Balloon Race lifts eyes and spirits skyward.

One year ago, Forest Park’s Central Fields were barren. For the first time in 49 years, the annual Great Forest Park Balloon Race was called off due to skyrocketing COVID-19 cases in the area.

So when the event returned on September 18, thousands flocked to the fields to relish in a sense of renewed community.

Since Forest Park’s first balloon race in 1973 (which drew about a dozen spectators), the event has become a hallmark of St. Louis culture—with local organizations like St. Louis Children’s Hospital, KMOX, and even Purina Farms launching balloons into the blue. Now, the race has become a family-friendly festival, featuring music, pre-race entertainment and a slew of local food and drink vendors.

The return of the race was bittersweet for many attending businesses, since several of their counterparts never resurfaced from pandemic lockdowns.

“Many [local businesses] didn’t make it through COVID, so seeing everyone out like this has meant a lot to the city,” said Greg Hayes, the Director of Parks for the City of St. Louis.

Vendors received plenty of support from a vast crowd of spectators, all looking for

“We’re finding really great ways to be outside, really building community,” said Alderwoman Heather Navarro of the 28th Ward (which includes Forest Park). “We’ve had to be isolated so much and so it’s really inspiring and hopeful to see people out here.”

Navarro emphasized the importance of outdoor events in a post-pandemic world saying, “It really shows me how important our parks are, and especially Forest Park, that we have a place that can hold tens of thousands of people safely to enjoy a beautiful event like this.”

Even with all the festivities, the hot air balloons remain the epicenter of the event.

“I think it’s just really cool to watch them go into the air,” said Sophia, age 9, who had attended the event in 2019. Despite spending the summer traveling in her family’s RV, the third-grader still deemed the balloons a dog-days highlight.

“I’m just happy to be outside, watching the balloons, enjoying the beautiful weather,” she said.

All eyes were glued to the sky as the balloons took off—sending with them the fear and uncertainty of the past year—wishing soft landings for pilots and peers alike.