SLU: A Community in Mourning 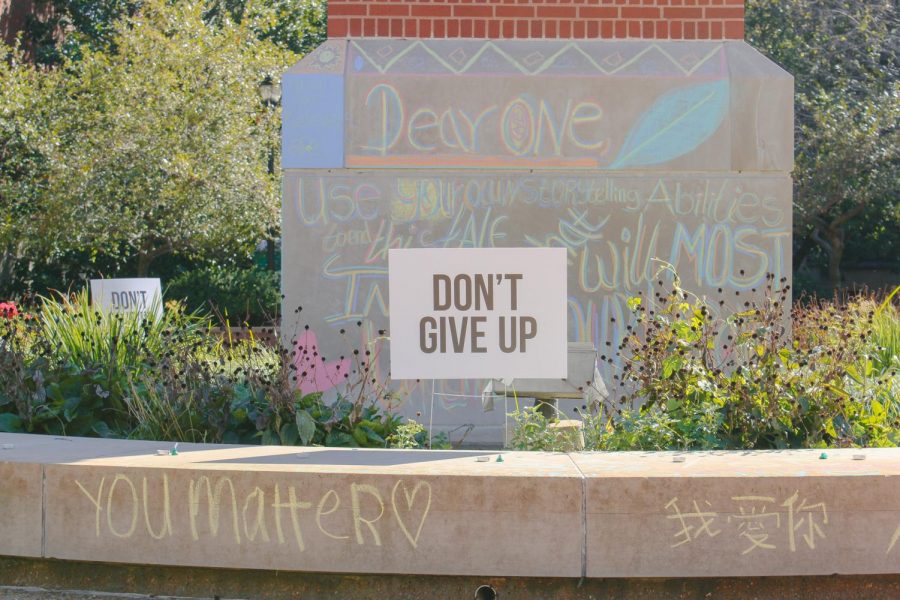 On Sept. 23, a crowd gathered at the clock tower in the middle of SLU’s campus. A passerby asked a student, “What’s going on?” The student responded quickly: “mental health town hall.” The passerby nodded knowingly.

The town hall was held as an emergency response from administration after two SLU students, a freshman and an upperclassman, passed away within nine days of each other. Both deaths were cases of suicide.

At the mental health town hall, many students shared their experiences struggling with different mental illnesses. Most felt they had not been supported by members of SLU’s faculty and staff. The most alarming reports were the ones that came from students who had poor experiences with the University Counseling Center on campus. There were reports of long wait times, insensitive comments and insufficient resources.

Some of these testimonials came from the days following the two suicides, but many were from months or even years ago. Senior Alyssa Cook said she has not felt supported by her University in her mental health journey for years. In an interview with The University News, Cook disclosed that beginning in the fall of her freshman year, she had been feeling  depressed and anxious, so she decided to take advantage of the ten free counseling sessions at the University Counseling Center.

“Basically what I was told was that the counseling center didn’t have the tools needed to help me,” Cook said.

Suggesting she seek psychiatric help, Cook attempted to make an appointment at the Student Health Center. She was informed that the waitlist for the University’s psychiatrist was extremely long and she was not able to get an appointment until December.

Following the first tragic death at Saint Louis University, students received an email from Sarah Cunningham, Ph.D., the Vice President of Student Development, informing the SLU student body of a death on campus. Many students, however, criticized the administration for a lack of transparency and communication. Members of Active Minds, the mental health awareness group at Saint Louis University, felt the community hurting and asking for answers.

“I definitely feel like the way that we’ve had a delay in communication has been difficult,” Julia Lansfreick, president of Active Minds, said. On the administrative side, Cunningham responded to the difficulty of offering the student body transparency and closure while respecting the wishes of the family. “It’s not uncommon for an institution to work really close with a family and they are really going to drive how and when and what we share,” Cunningham said.

Administrators, though, say that mental health has and will continue to be at the top of their priority list. SLU President, Fred Pestello, Ph.D., echoed this sentiment in a recent interview.

“Mental health is a tremendous concern, and there’s been a concern that that has been increasingly an issue for our students and on our campuses,” Pestello said.

Cunningham corroborated this statement and shared several different avenues the University is pursuing. One new effort she recently announced was SLU’s partnership with Medical Family Therapy, housed in SLU’s School of Medicine, to add capacity to the University Counseling Center. Cunningham also noted that she has been trying to assess the wellness of students on campus and allocating different mental wellness resources to the University since she began her job in February 2021.

After the second student suicide on Sept. 20, a petition began circulating among students, family members and the community at large. Signed by over eight thousand people, the petition called for fourteen free counseling sessions, more highly trained counselors and an extension of Counseling Center hours to allow additional accessibility for students.

SLU’s student body also vocalized through social media and emails the need to have time away from class to mourn the loss of the two Billikens. The University’s Provost, Michael Lewis, Ph.D., canceled all undergraduate classes on Friday, Sept. 24.

“I spoke with students and listened and had my mind changed, to be frank,” Lewis said. “That’s why you listen. You don’t listen to stand your ground. You listen to evolve.”

The decision to cancel class was initially met with criticism from some in the SLU community. According to Lewis, parents complained that a lack of structure would make students feel more isolated and anxious. To try and combat this, the SLU administration worked to schedule all-day wellness programming, providing a space for students to grieve with each other.

Lewis stated “I’d say the intention and thought that went into continuing classes on Wednesday and Thursday was the idea of programming. And what could we do to not just have it be an empty day for students.”

The Friday classes were cancelled, students had the opportunity to attend various events, including trauma-informed yoga and spending time with therapy dogs.

“It was clear from what we saw on Friday that many, many students did not want an empty day and they appreciated what happened [the programming],” Lewis said.

Still, the SLU community is and will continue to grieve the devastating loss of two young students. Students and administrators alike emphasized resources for those struggling to cope, both with these tragedies and in general.