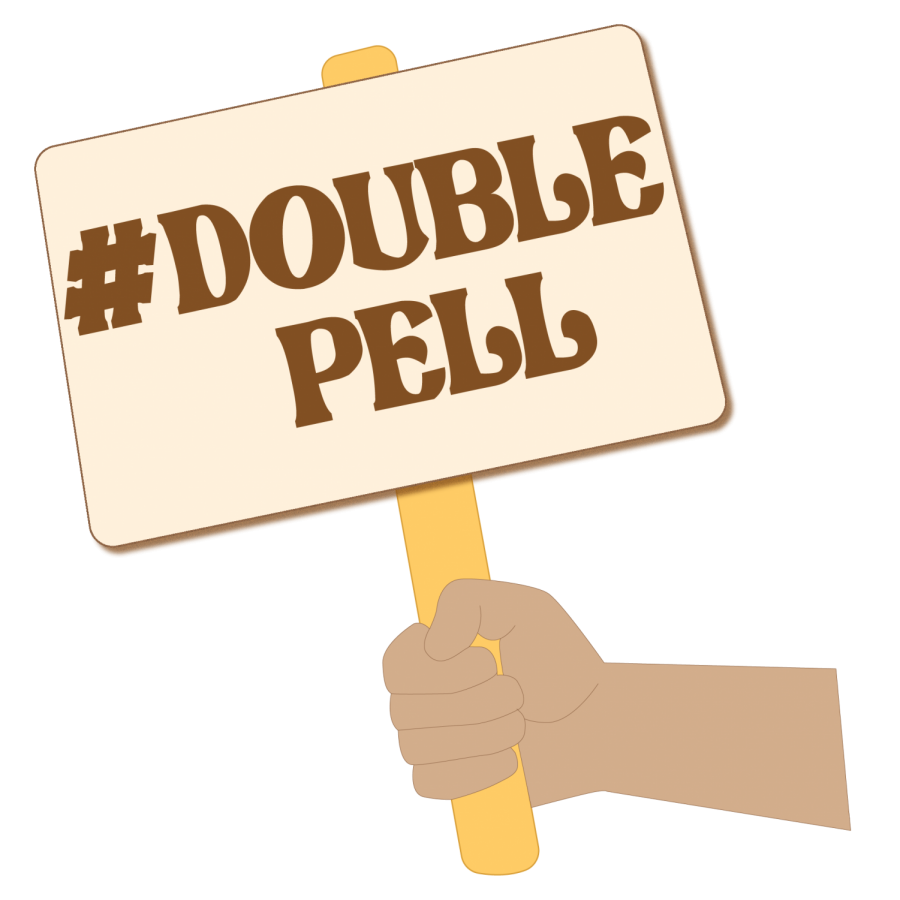 Last month, SLU’s Center for Social Action spearheaded an advocacy day on the main quad as part of the national movement to double the Pell Grant, a need-based financial subsidy awarded at the federal level. From 10 a.m. to 4 p.m. on that advocacy day, senior Anushah Sajwani and other student workers in the Center for Social Action tallied the number of calls and emails students walking through campus made to congressional members on a large whiteboard. Their goal, by dedicating one day to this work, was to generate an influx of calls and emails great enough to make this issue at the forefront of the political conversation.

“Even if students didn’t make calls in the moment, they would come and talk to us and ask what was happening,” Sajwani said. “So in the sense of garnering awareness in students, I think it was effective.”

SLU is part of the Double Pell Alliance, a coalition of higher education associations, organizations and advocacy groups working to change the maximum Pell Grant award from $6,495 to $13,000 by June 2022, the 50th anniversary of the grant’s creation. According to #DoublePell’s website, the grant in its origination covered more than three-quarters of the cost of attending a four-year public college. Today, Pell Grants cover less than one-third of those costs.

“The goal is to bring it back to its intended strength,” Dave Rice, Associate Director of Student Financial Services, said.

Rice explained that these advocacy efforts are not proposing any kind of changes in the eligibility requirements, but focusing on simply increasing the amount of the award.

“This award is so different from [other financial aid] because it’s not tied to the school, it’s tied to you,” Rice said.

The grant works on a sliding scale, where the amount awarded to students changes based on the financial need as demonstrated on students’ FAFSA paperwork. Rice explained that this kind of increase in aid, though not resolving the financial burden of higher education as a whole, could make the process of paying for college more accessible and equitable.

“If I’m going to go buy a car tonight, and I start out with 10 percent of it or so in hand, I might struggle to figure out how to do it,” Rice said. “But if I started out with 75 percent, I might be more apt to try to go do that.”

While some believe increasing this aid money would give colleges and universities incentive to increase tuition costs, Rice was adamant that the correlation was not so direct.

“You could make that case, but it’s not a one-to-one correlation,” Rice said. “It’s not automatically going to mean that tuition can go up anywhere. And for SLU, it’s important to know that we publish any tuition increases every year.”

Though Sajwani believes increasing aid money for students through every avenue possible is important, she also acknowledged the opportunity available through increasing grant money on a federal level as opposed to scholarships given from a school.

“There are other universities that maybe can’t [increase their endowment], and the students who attend those universities should not be negatively affected because their institution doesn’t have the extra money to provide for them when federally they can be provided with that money.”

Even though Sajwani will be graduating at the end of this academic year, she feels strongly about fighting for this change that could alleviate some of the financial burden—even if only by a little—that she, like so many other students, has had to deal with.

“#DoublePell is not the answer to all of our country’s woes, but it is a starting point,” Rice said.