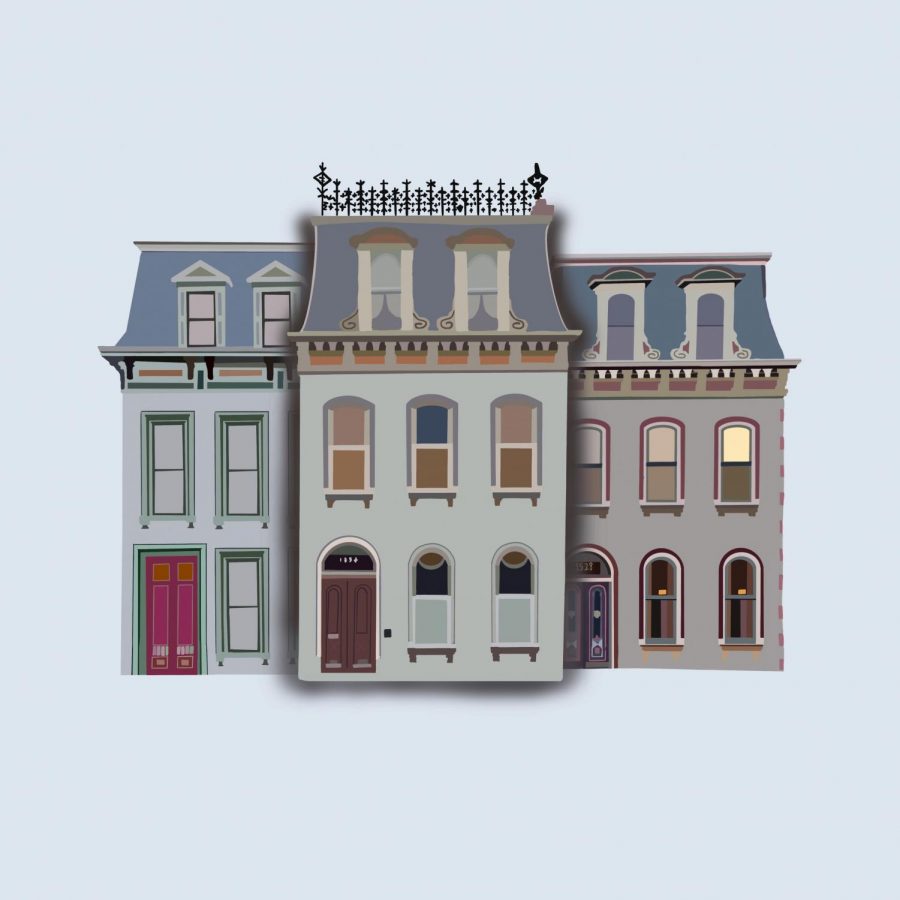 Every Saint Louis resident and college student has seen them and paused to take a picture of the  beautiful, historic town houses that decorate many St. Louis districts. Think lush lawns and a lot of brick.

However, many stroll by and admire the architecture without thinking about the history of each of these staple STL must-sees. No, not all of the districts have anything to do with gentrification (but some of them definitely do).

First up is Lafayette Square. The story of how it came to be the lovely area with brightly painted townhouses is not one of government interference, but rather a tale of rags to riches. In the 1970s, the area had largely been abandoned and according to St. Louis Riverfront Times, people had largely been moving to the suburbs. Lavish Victorian homes were empty and being sold for as low as $1,000. Younger generations saw the abandoned area full of prospects; so they took their chances and built something memorable.

Another St. Louis classic is Central West End. A phrase that has been heard by anyone who resides in St. Louis is “The Delmar Divide,” which is not a fictitious concept, but rather, one that highlights the structure of St. Louis. The Delmar Divide refers to the geographical and metaphorical separation that occurs on Delmar Boulevard, where south of the street, the population is 70% white and north, the neighborhoods are 99% black. Having a largely white and wealthy population, Central West End begins this divide. Known as both a cultural and historic district, some of Central West End homes date back to the late 1800s.

Contributing to the district’s photographic appeal, Central West End is home to popular restaurants, a Whole Foods and lush scenery,, while just north, one will find homes that are abandoned, in need of maintenance and a lack of greenery. An insightful example of this Divide is a neighborhood called The Ville. The Ville contains hundreds vacant properties, and many of the homes are sold for prices as low as $2000, despite being identical to those located in Central West End. A Central West End resident describes the area as a “‘two-world existence,’” and infrastructure alone reveals that to be true.

Central West End additionally demonstrates a drastic separation in median household income. North of Delmar, the median income of each household is estimated at $18,000, while the median is $50,000 south. These differences between a polished area like Central West End compared to life blocks north is apparent and disheartening. Luckily, this separation has not gone unnoticed, as many projects are currently underway. In the West End, new single-family houses are being built, with another project called Delmar DivINe taking root. Innovated by Maxine Clark, the Delmar DivINe plans on transforming the former St. Luke’s Hospital building into a space dedicated to resources for nonprofits and 150 new apartments. The space is designed with the intention to “redefine its West End neighborhood and begin to replace decades of neglect with innovation, development and sustainability.”

In the 19th century, Tower Grove was a central agricultural hub, but eventually grew into a residential area. The economic possibility of the Tower Grove area was revealed when Parker-Russell Mining Company was developed in the area. Throughout the span of 100 years, Tower Grove rose into a beautiful residential and business area, one which still remains prosperous today.

Understanding the history behind beloved St. Louis’s homes that both residents and tourists admire helps encapsulate the history of the city. These homes tell the stories of people’s experiences, and though the histories are not all uplifting, seeing a beautiful brick home reminds us of where we’ve been and the chance for change ahead.