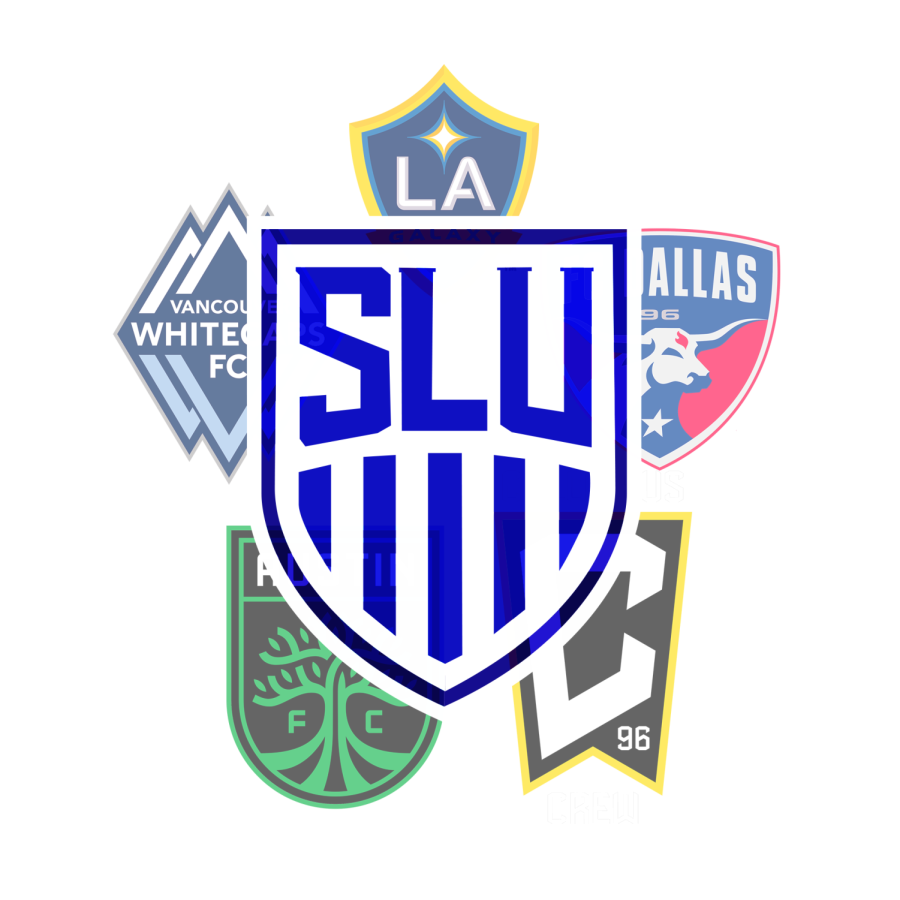 The morning of January 11 marked the start of the MLS super draft as elite players from across the nation gathered in anticipation. The MLS welcomed six new players who were once on the Saint Louis University Men’s soccer team. These players include Isaiah Parker, Kipp Keller, Patrick Schulte, Simon Becher, Chandler Vaughn, and Chase Niece. This is the most players drafted in the history of Saint Louis University soccer.

Isaiah Parker started Saint Louis University off strong with the third pick in the first round. His preeminent accomplishment as a collegiate athlete are taking Parker to FC Dallas. Parker is from Gurnee, Illinois and as a starting freshman in the fall season gathered many accolades. Some of the few are three-time A-10 Rookie of the Week, No. 2 Top Drawer Soccer’s Midseason Men’s Top 100 Freshmen list, and A-10 Conference Rookie team. As an underclassman, Parker was offered the prestigious Generation Adidas contract which will provide financial stability regardless of where in the draft the individual falls along with allotting an education stipend in order to help signees finish out their education. Additionally, a Generation Adidas contract means that the teams to whom the players are drafted are not responsible for their salary, thus providing incentive for the team to develop young players.

Round one, pick five was Kipp Keller going to Austin FC. Keller’s three-year career at Saint Louis University was extremely successful. Initially, Keller had been projected to be the first selection in the 2022 draft. Keller held a vital role in the middle of the field for the Men’s Team. Keller is from Saint Louis, Missouri and has had many achievements with his time here, including the A-10 Rookie team his freshman year, Second-team All-American his sophomore year, and A-10 Conference Defensive Player of the year in 2021. Keller was also a Generation Adidas signee.

Patrick Schulte, joining Keller and Parker with a Generation Adidas contract, was drafted first round, twelfth pick and is going to Columbus Crew. Schulte was the first goalkeeper to be drafted this year. From St. Charles, Missouri, Schulte since his freshman year he has made an impact on the program. His first season, he played in sixteen matches and had an overall record of 10-6 with 1.05 goals against average. He was also a A-10 Conference All-Rookie team selection, and was the  A-10 defensive player of the year as a sophomore. During his last season with SLU, Schulte won the most Outstanding Player of the A-10 championship.

Simon Betcher was first round, pick sixteen and is off to Vancouver to play with the Whitecaps FC team. Out of the six players, Betcher is the only one to go outside of the states. From Brooklyn, Connecticut he came into Saint Louis his sophomore year from Holy Cross. His junior year he made the A-10 First team All-Conference. As a senior, he made the Top-Drawer Soccer National Team of the Week on the A-10 All-Champion Team, and was the A-10 Conference Player of the Year. He was a finalist for the Hermann Trophy, awarded to the NCAA’s most valuable player. Betcher topped the Billiken’s stats charts for goals and points this season.

Chandler Vaughn was third round, pick sixty and is off to LA Galaxy. Vaughn is from Woodbridge, Virginia and joined the SLU team as a junior after starting off at Pitt. Vaughn quickly adapted to the team and was a part of the third Top Drawer Soccer Men’s Team of the Week. His last season at Saint Louis he was named to the A-10 All-Championship Team.

Chase Niece was third round, pick sixty-six and is headed to FC Dallas where he will join Isaiah Parker. Niece is from Saint Louis, Missouri and has been a crucial player on the team since his freshman year. His freshman year he played in 13 games and as a sophomore he played all but 11 minutes in the season. During his last season as a Billiken he was named to the A-10 All-Champion team.

These top drawer players have created history for Saint Louis University Men’s Soccer. As the names of some of the best Billiken players continued to be read in the draft, commentators noted, “It is a Billiken’s world, and we’re all just living in it”. In a simple sentence, the commentator managed to sum up the past year of Billiken soccer. Historic is the only word to describe the accomplishments of the team and these six prominent players. Under Coach Kevin Kalish’s guidance, he has developed a program that has created players who will undoubtedly join a list of the program’s most legendary athletes. After all, with this draft, Saint Louis joins only two other college programs to have at least four players drafted in the first round of the MLS.

SLU men’s soccer will certainly be different without these crucial players. Much will be demanded in the coming months of the players who have been left behind. Three of the season’s captains have been drafted which leaves a gap in team leadership. The highest scorer, Simon Becher has left the team, along with Isiah Parker, one of the staples of the forward line. Four defensive rocks have made their departure, leaving the team in need of other players to step up and fill their roles.

The MLS will also certainly be a different place with these Billikens. They certainly leave behind a fanbase rooting for their success at the professional level. Their absence requires their Billiken teammates to fill new roles and embrace new obligations if they want to see the success of last season come to fruition once more. SLU has not seen any of its players selected in the MLS draft since 2016. None of the 2016 players were drafted in the first round. It is the first time since 2011 that any of SLU’s players were offered a Generation Adidas contract. This team saw three. The 2021 Men’s Soccer team has left a huge legacy. It will not be easily replicated or forgotten. The next generation of the program, however, will look to fill in the gaps and make the most of the roles they are given in order to progress the future of SLU soccer and build off the foundation of one of the most legendary draft classes the country has ever seen.