Oklahoma Tumbles to The Top 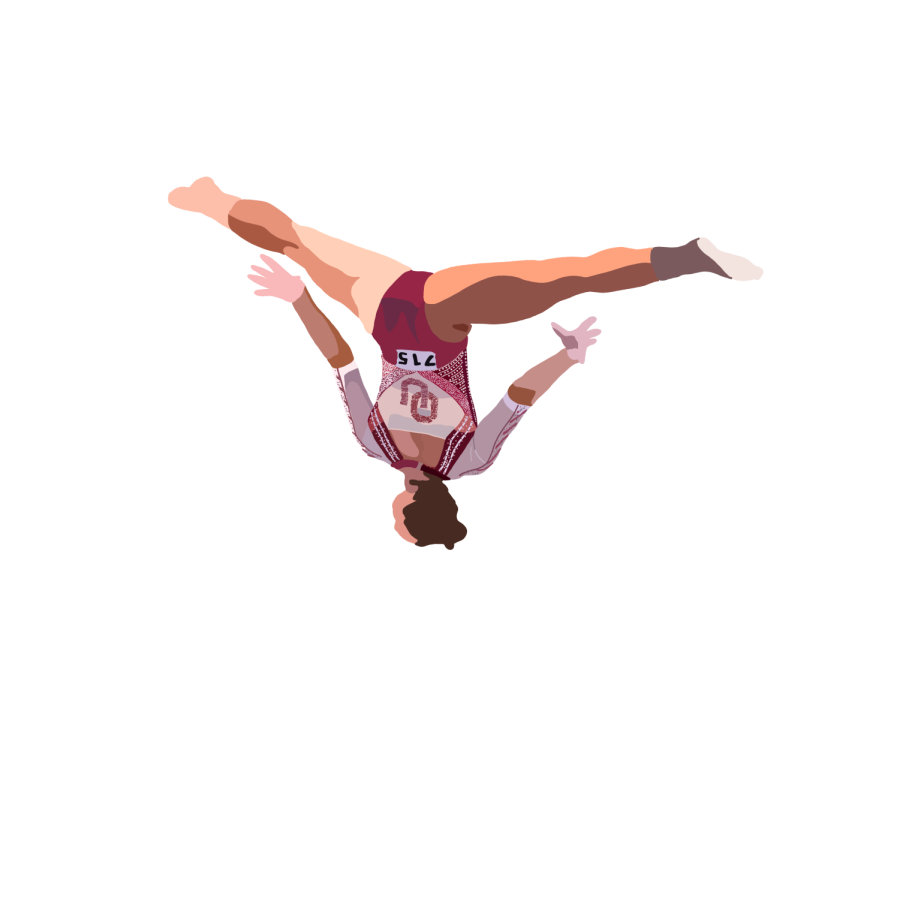 On April 16, 2022, Oklahoma bested Florida by .02 points upon claiming their national championship. This championship was star-studded from the beginning, as Suni Lee of Auburn helped bolster the Tiger’s scores and held some of the best performances throughout the meet. Jade Carey, Jordan Chiles and Grace McCallum, all Olympians, were present at the championship. They went on to lead their teams by scoring perfect 10’s in at least one of their events throughout the weekend. By the end of the first rotation, Oklahoma sat in last place, however, as their hopes for a national championship would take near perfect execution to come to fruition.

Michigan, the defending champions, did not make the top four by the end of championship weekend. Florida, on the other hand, put on a recruiting show in order to secure their runner-up position. Utah, who has seen more championship meets than any other college gymnastics team, is always expected to do well. Oklahoma has good and bad years, but once 2022 rolled around, it was doubtful that many people expected a come from behind win.

While Oklahoma took the team championship, they did not have a single athlete win an individual title. Unsurprisingly for gymnastics fans, Trinity Thomas took home three individual championships as she claimed the floor and uneven bar titles in order to earn herself the title of all-around champion. Suni Lee took home the gold for the balance beam while Utah’s Jaedan Rucker took home the title for the vault.

The race to take home a championship this year was tight. With Olympians in the mix, it demanded near-perfection from all competitors. For those who have watched gymnastics closely, however, Trinity Thomas’ performance is not a break-through. Rather, it is something she has steadily chipped away at over her college career; her three medals have crowned her time as a Gator.

Similarly, Oklahoma went into the meet as the first seed but by the first series had fallen to fourth place. To net their win, they needed near-perfect execution in every event. The Sooners were able to handle the pressure as they went on to earn their fifth national title in the past eight years.

The perfect 10s present throughout the meet were a rarity. It is hardly ever this common to see so many perfect routines. Statistically speaking, the women who performed the perfect routines are currently some of the best gymnastics competitors in the world. Some could also argue that the departure from Olympic scoring measures downgraded the perfection needed throughout routines. Therefore, it only makes sense that the best gymnasts would perform so well with less strict standards. Regardless of scoring, it was some of the tightest collegiate gymnastics competitions the NCAA has seen.

Competition like this helps bring a spotlight to sports like gymnastics. Tight races to compete with big, recognizable names reels people in. With a changing of hands currently happening as one generation of college gymnasts turn the page to younger athletes allows them to hand off a sport left in a better place than they had found it; Trinity Thomas being one of the women who helped with this. With 62 teams currently in Division I competition, stellar performances like this might convince other schools gymnastics is a program worth pursuing.

Olympic sports have begun to take a back seat in college athletics. With sports like football and basketball producing some of the most highly valued athletes, it is easy for schools to funnel money into programs that will return their investment. It is also likely that the alumni go on to have big paydays and will give some of their appreciation back to the school on a monetary level. This barrier is what smaller sports like gymnastics are battling to overcome. However, interestingly enough, one of the biggest NIL deals comes from LSU gymnastics star Olivia Dunne. Performances like the 2022 women’s gymnastics national championships give hope for other Olympic sports that there is still time for a rise to prominence. Olympic sports can coexist with revenue sports and still turn an interest. Competition like this practically ensures it.