Piano Man’s Still Got It 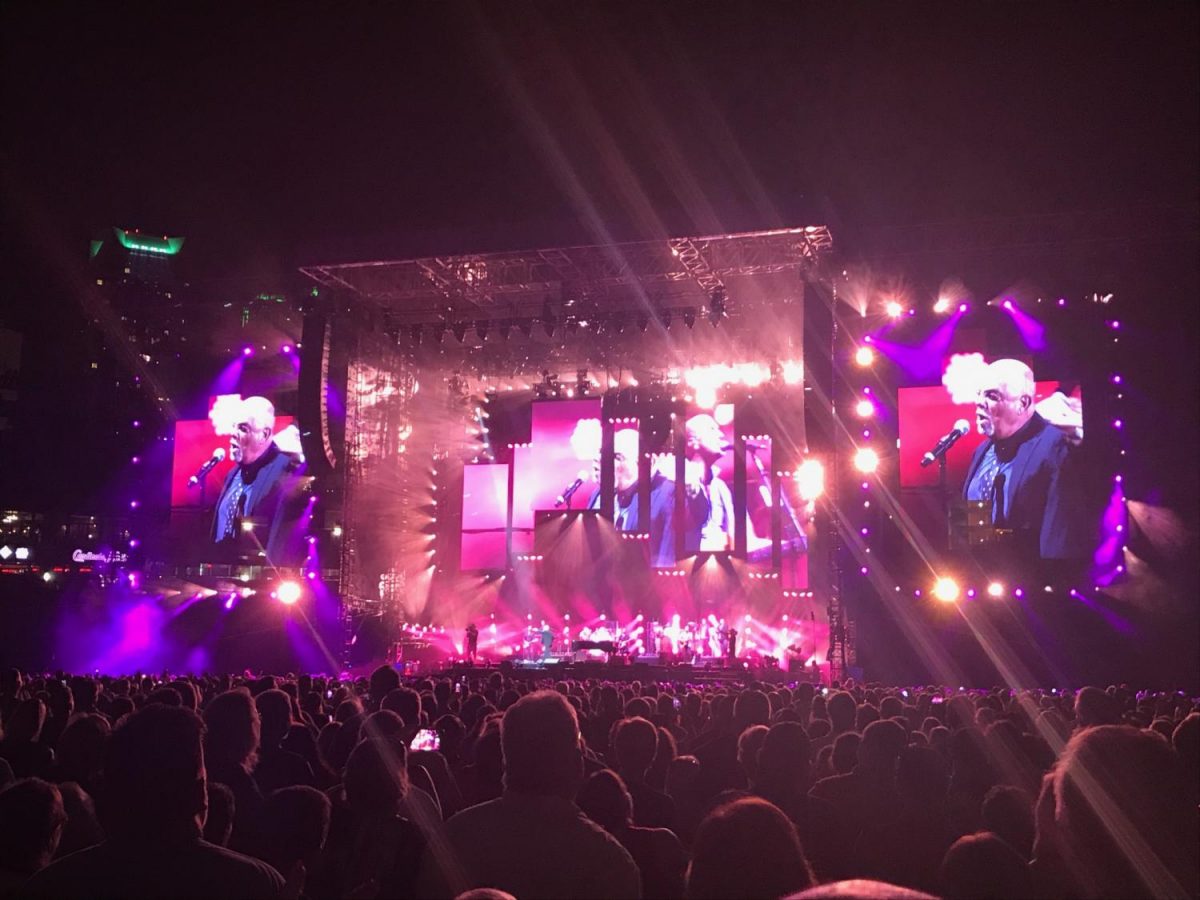 Billy Joel is an old dude but I don’t think he’d be mad at me for saying that. Last Thursday, Sept. 21, the 68-year-old rocked Busch Stadium with hits ranging from his first album, “Cold Spring Harbor,” released 46 years ago, to his most recent pop album, “River of Dreams” from 1993. Fans didn’t mind the lack of fresh material. The sellout crowd roared as Joel proclaimed, “I don’t have anything new. I just have the same old shit.”

Joel talked with the audience throughout the show, starting off by saying, “Things have been pretty tense around here.” He was referencing of course the unrest that followed the Jason Stockley verdict. This was the only reference to demonstrations, including those happening outside of Busch Stadium on Thursday, although Joel drank out of an NYPD mug and police helicopters circled overhead for the duration of the show.

Joel repeatedly used what has become one of his favorite tactics during the show: allowing the audience to choose between two songs. He also mixed in covers to several of his own pieces including, “Heat Wave” by Martha and the Vandellas (you’d recognize it) and “A Day in the Life” by the Beatles (I certainly hope you’d recognize it).

The show flowed from well-known hit singles to album tracks that highlighted the versatility of Billy and his band. After a performance of the beautiful ballad, “She’s Always a Woman,” Joel joked “We got divorced.”

Billy Joel knows his audience well. He repeatedly griped about growing older and joked about the naiveté in some of his older songs. After “The Ballad of Billy the Kid,” Joel pointed out the various factual inaccuracies of the lyrics by saying “I was full of crap when I wrote it.” The crowd, mostly middle aged, ate it up.

Joel’s genius lies in his ability to tell vivid stories that stand the test of time. His song “New York State of Mind” is one of the most iconic songs about the fabled city. You shouldn’t be surprised to hear “Piano Man” at McGurks this weekend and that song was originally released in 1973. In fact, VH1 ranked Billy Joel #51 on their list, “100 Greatest Artists of All Time,” one spot above Beyoncé.

Now while that comparison is of course indefensible, I can tell you that to date, Billy Joel has sold more than 150 million albums, putting him on par with The Eagles, U2, Aerosmith and Frank Sinatra. That’s fairly impressive when you consider he was the son of a single mother and a Jewish father that immigrated to the U.S. to escape Nazi Germany.

The perpetual outsider, Joel closed his show with “Only the Good Die Young,” a hit song about corrupting a nice Catholic girl named Virginia. He started the song with a historical preface. “Before we start I’d like to thank the Archdiocese of St. Louis for banning it in 1977.” As the stage lights dimmed and stadium lights came on in Busch Stadium last Thursday night, there was one question on everyone’s mind: Is it better to “laugh with the sinners” or “cry with the saints?”